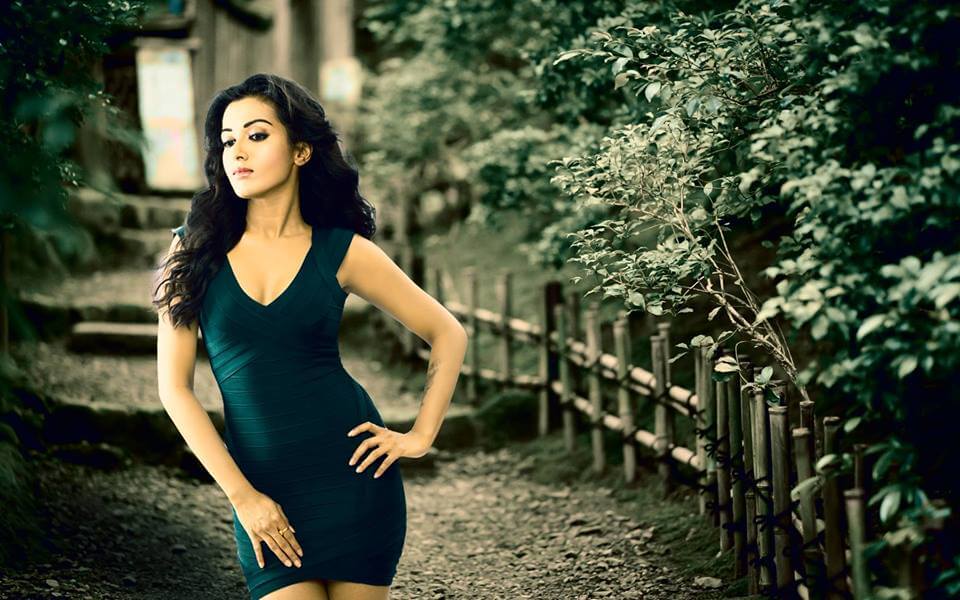 Catherine Tresa is an Indian film actress and model who appears mainly in Telugu, Tamil, Malayalam, and Kannada films. She made her acting debut with the Kannada film Shankar IPS with the co-actor Duniya Vijay in 2010. She also made her presence in the Malayalam industry in the films The Thriller and Uppukandam Brothers: Back in Action. In the Kannada film Godfather with the co-actor Upendra, directed by cinematographer turned film-maker Sethu Sriram, she carried the role of an older mentally challenged woman which made her first nomination for an award in the Best Supporting Actress category at the 60th Filmfare Awards South.

Catherine Tresa was born on 10 September 1989 to Malayali Parents Frank Mario Alexander and Tresa Alexander in Dubai. She did her schooling in Dubai and moved to Bangalore for higher education. She stayed in Bangalore for two years to complete her degree at St Joseph’s College, Bengaluru. Apart from studies, she learned piano, singing, dancing, ice skating and debating. She says that she is “good at anything I put my mind to”. In Dubai, Catherine was an Emirates Environment volunteer. At the age of 14, Catherine did some amateur modeling for fashion design graduates. She has also shot for Srikantadatta Wodeyar’s Maharaja Calendar and had participated with Prasad Bidapa in many ramp shows in many cities.

In the year 2013, she signed up for Chammak Challo directed by Neelakanta, in which she played “an urbane, bold and dynamic girl” which failed at the box office but her acting got noticed and attracted positive reviews. Online news websites like APHerald.com called her “a treat to watch” and 123telugu.com stated that “she has the potential to be a superstar in future if she plays her cards right”. Again she raved positive reviews from people for the Telugu film Iddarammayilatho for which Times of India reported “Catherine Tresa perfectly suits the character of Akanksha”. She has acted in notable Tamil films like Madras with co-actor Karthi followed by S Thanu production, Kanithan directed by debutante Santosh with co-actor Adharvaa and Kalakalapu 2 which recently released and got huge positive reviews from people.