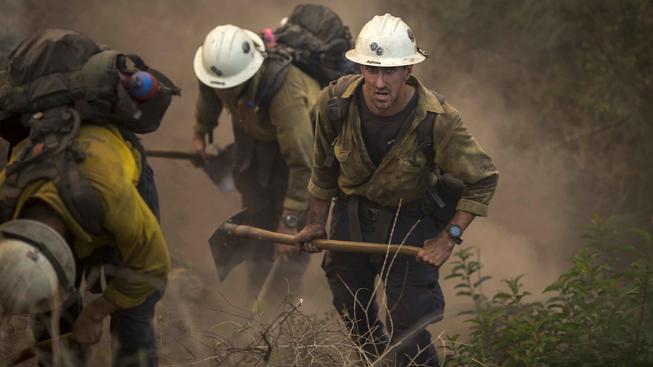 According to Los Padres National Forest official, the most massive wildfire on record in California is 100 percent contained on Friday, more than a month after it began in the hills of Ventura County. Mud on the coastal mountain slopes and crashed down on homes during a storm, killing at least 18 people. Some areas of Los Padres National Forest has not yet been determined, and it remains closed to the public until authorities decide it is safe to enter.

The Thomas fire finally declared and surrounded after ravaging Ventura and Santa Barbara counties northwest of Los Angeles for more than a month. The blaze started on December 4 and flames spread through the tinder-dry brush, chaparral and trees. The fire blackened 440 square miles (1,140.76 square kilometres) an area nearly as large as Los Angeles. Nearly 282,000-acre  into Santa Barbara County, burning homes and charring hillsides, a chain of events that finally led to this week’s deadly mudflows in Montecito.

On Thursday, Authorities determined flights over the burn area, marking an important milestone after weeks of gruelling work by firefighters to protect lives and property.

Flames flogged through foothill communities and forest wilderness. More than 1,000 buildings, including many homes, were incinerated and thousands of people were rushed to a safer zone. Two people were killed in the fire. Cory Iverson, a 32-year-old state firefighter, died of burns and smoke inhalation while working in the steep country above Fillmore.

A preliminary state fire report said that Iverson was setting hose line near a firebreak cut by bulldozers when he became surrounded by spot fires that exploded around him and cut off his retreat.

On Monday, Some Montecito families had only recently returned home when another evacuation call came, and forecasters predicted that the approaching storm could unleash flooding and mudslides because fire-scorched areas had lost vegetation that stabilises the soil. The Cascades of mud, trees, boulders, and other debris flooded the community, destroying at least 100 homes.