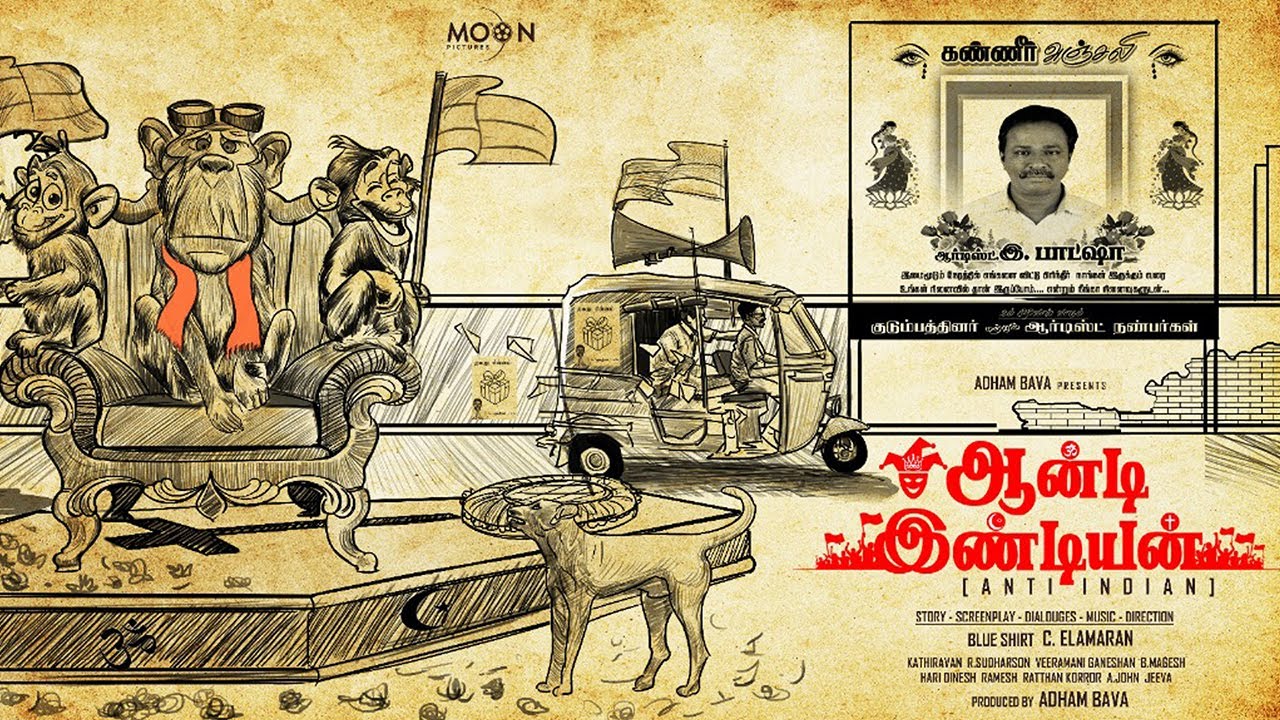 Blue Sattai Maran’s debut directional movie “Anti Indian” motion poster video was released on Tamil Talkies youtube channel. It is produced by Moon pictures with the association of Adham Bava. This movie already made some controversies from the censor board. Blue Sattai Maran‘s Anti Indian Movie deals with serious religious and political issues that are faced by people in the present situation in a realistic manner.

Thus Central Board of Film Certification has refused to certify his film. Anti Indian movie 2021 features Narain, Radha Ravi in the lead roles. After so many struggles, the makers decided to release the movie online on Tamil talkies youtube channel.