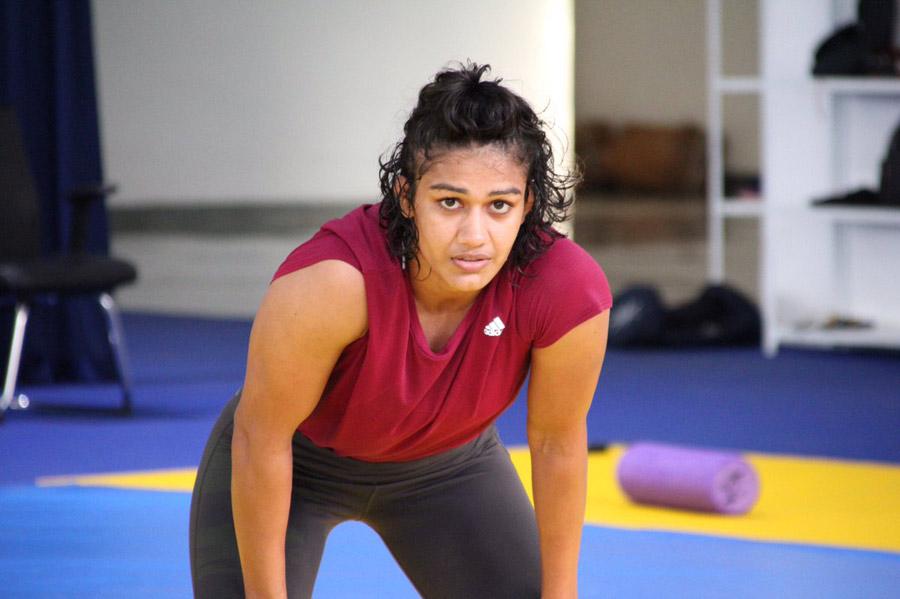 Babita Kumari Phogat is an Indian wrestler and politician. She is well known for bagging the gold medal in 2014 Commonwealth Games. In 2019, she joined the Bharatiya Janata Party along with her father Mahavir Phogat.

Babita Kumari is a daughter of wrestler and Dronacharya Award recipient Mahavir Singh Phogat and Shobha Kaur. She has one brother named Dushyant Phogat and three sisters, Geeta Phogat, Sangita Phogat, and Ritu Phogat. All her three sisters are Indian wrestlers. Her elder sister Geeta Phogat has won India’s first gold medal in women’s wrestling at the Commonwealth Games. Her cousin Vinesh Phogat has won gold, in the 48 kg category, at the Commonwealth Games in Glasgow. Babita Kumari got married to her longtime boyfriend Vivek Suhag on 1 December 2019 at Balali, Haryana.

Check out some pictures and instagram photos of famous wrestler Babita Phogat,