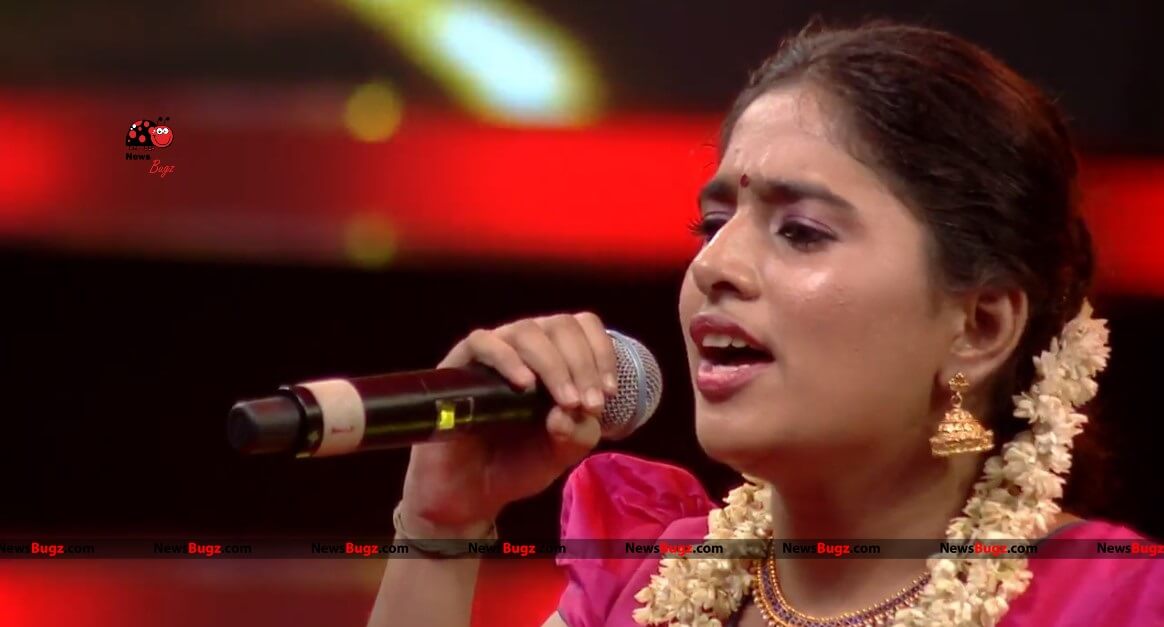 Ayshwarya is an Indian singer and she is one of the contestants of the television reality show “Super Singer Junior Season 6, ” which is getting telecasted on Star Vijay. Aishwarya’s first song in this stage was Minsara Kanna from the movie Padaiyappa along with Anand Bairavsharma. She was appreciated by Shankar Mahadevan and K. S. Chitra as the most versatile singer amongst all the children in the competition. She performed very tough songs like Minsara Kanna, Mannavan Vandhanadi and Aila Aila songs by proving both in Carnatic and western genre.

Ayshwarya Venkat is a young talented singer who participates in the popular show Super Singer. She is one of the contestants in Super Singer Season 8 (2021) which is aired on Star Vijay TV channel. She is a National Bal Shree Awardee. She also lent her voice for the song from Atlee’s Raja Rani movie.

Ayshwarya was born and brought up in Chennai, Tamil Nadu. Her father name is Venkatesan and mother name is Uma. She has a brother named Bhallaji who is working in Tesla, USA. Ayshwarya has been learning Carnatic music from the age of 5 from Smt. Leelavathy Gopalakrishnan, Smt. Rajalakshmi and Vidwan Dr Umashankar.

She has been a part of Ramjhi’s Issai Mazhalai light music group for young children, taking part regularly in concerts all over India, Japan, Malaysia etc. She is currently a contestant of Super Singer Junior 6 reality show in Vijay Television. She’s taking part in the competition while recovering from an appendicitis operation she had last month and practices with so much pain due to the operation.

Check out the latest photos of Singer Ayshwarya Venkat,