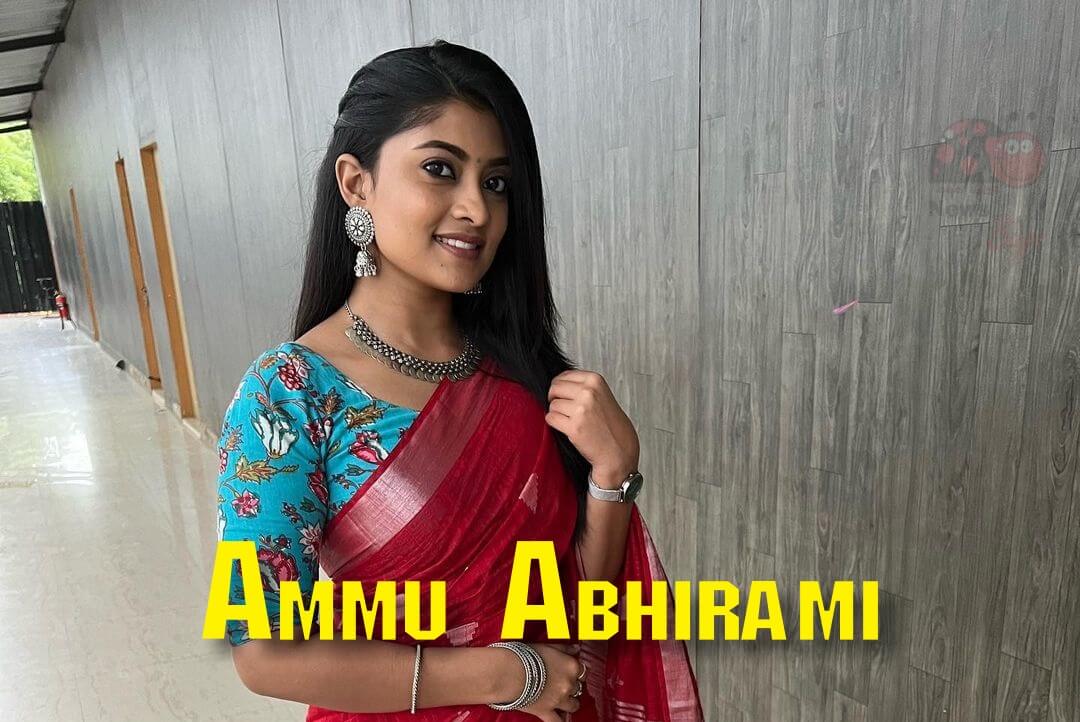 Ammu Abhirami is an Indian movie actress, who works in the Kollywood film industry. She made her acting debut with the Tamil movie titled “Theeran Adhigaram Ondru,” directed by H. Vinoth in the year 2017. She has done a lead role in Vetri Maran’s Asuran along with Dhanush. Ammu got the light and fame for the role of Ammu in Ratsasan, later reprising the same role in the Telugu remake film Rakshasudu (2019). Her 2022 movie Battery was a huge success.

She also acted in Balaji Sakthivel‘s movies: Thuppakki Munai and Yaar Ivargal. Ammu Abhirami was the 2nd runner-up in Cook With Comali Season 3 a reality show premiering on Star Vijay Channel. She also roped for the upcoming Sasikumar’s Kaari Movie from the directional credits of Hemanth.

Here are some of the latest images of actress Ammu Abhirami,