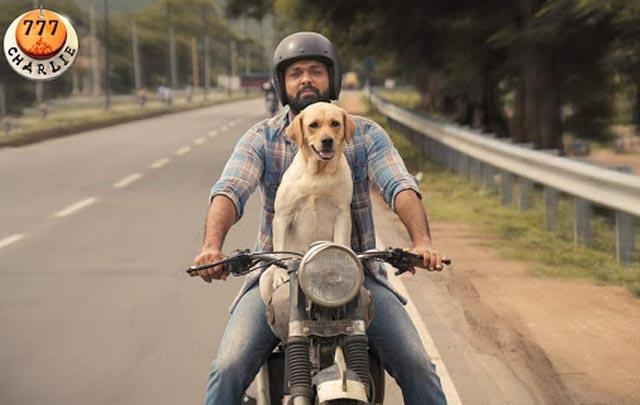 777 Charlie is an upcoming pan India movie starring Rakshit Shetty in the lead role. After the huge success of Avane Sriman Narayana, the actor is all set to release his next flick. The film revolves around Rakshit, a loner and his relationship with a dog named Charlie. The film has Arvind Kashyap as the DOP and music composed by Nobin Paul. 777 Charlie film was bankrolled by Parmvah Studio and presented by Pushkar Films.

The role of Charlie is played by a Labrador Retriever (whose is also named Charlie).

The protagonist is stuck in a rut with his negative and lonely lifestyle and spends each day in the comfort of his loneliness. A pup named Charlie who is naughty and energetic which is a complete contrast with the protagonist’s character enters his life and gives him a new perspective towards it.

The famous Vineeth Srinivasan has sung a song in 777 Charlie Malayalam Version.

Here is the cast list of upcoming Kannada movie 777 Charlie,