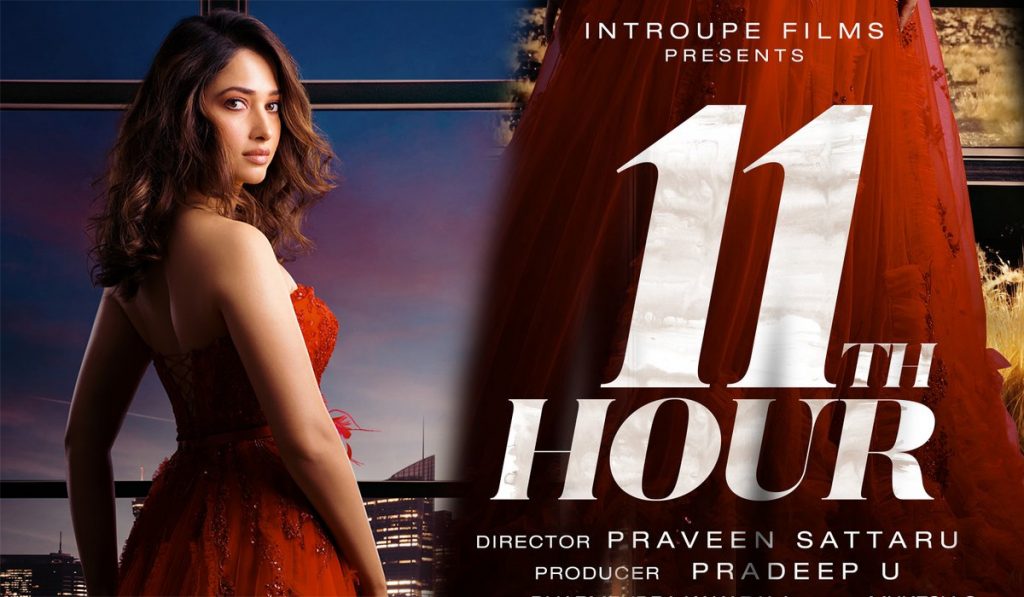 We have witnessed a lot of celebrities stepping into OTT platforms during the COVID pandemic to not let loose of their fans. Having said that, the gorgeous Tamannah Bhatia is no exception. Tamannah is making her debut in web series with the title 11th Hour which is set to release as an Aha Original web series. She plays the role of Aratrika Reddy who strives hard to win her business firm against the corporate villains. The story revolves around a woman business tycoon facing challenges and threats from her friends, enemies, and men in her business.

It’s under the direction of national award winner Praveen Sattaru, and production by Pradeep U. The 11th Hour web series is set to premiere on the OTT platform Aha from 9 April 2021. The teaser of the new web series 11th Hour was released on 29 April 2021.

It is expected that Tamannah Bhatia will play an eminent role that engages the audience throughout the series. Tamannah is also working on a Tamil web series titled November story which is set to premiere on Disney plus Hotstar.

A Mechanical Engineer by education but a content writer by passion. He has been in the field of Content Writing and Marketing for four years. He loves to write in a wide range of genres. Contact me at [email protected]m