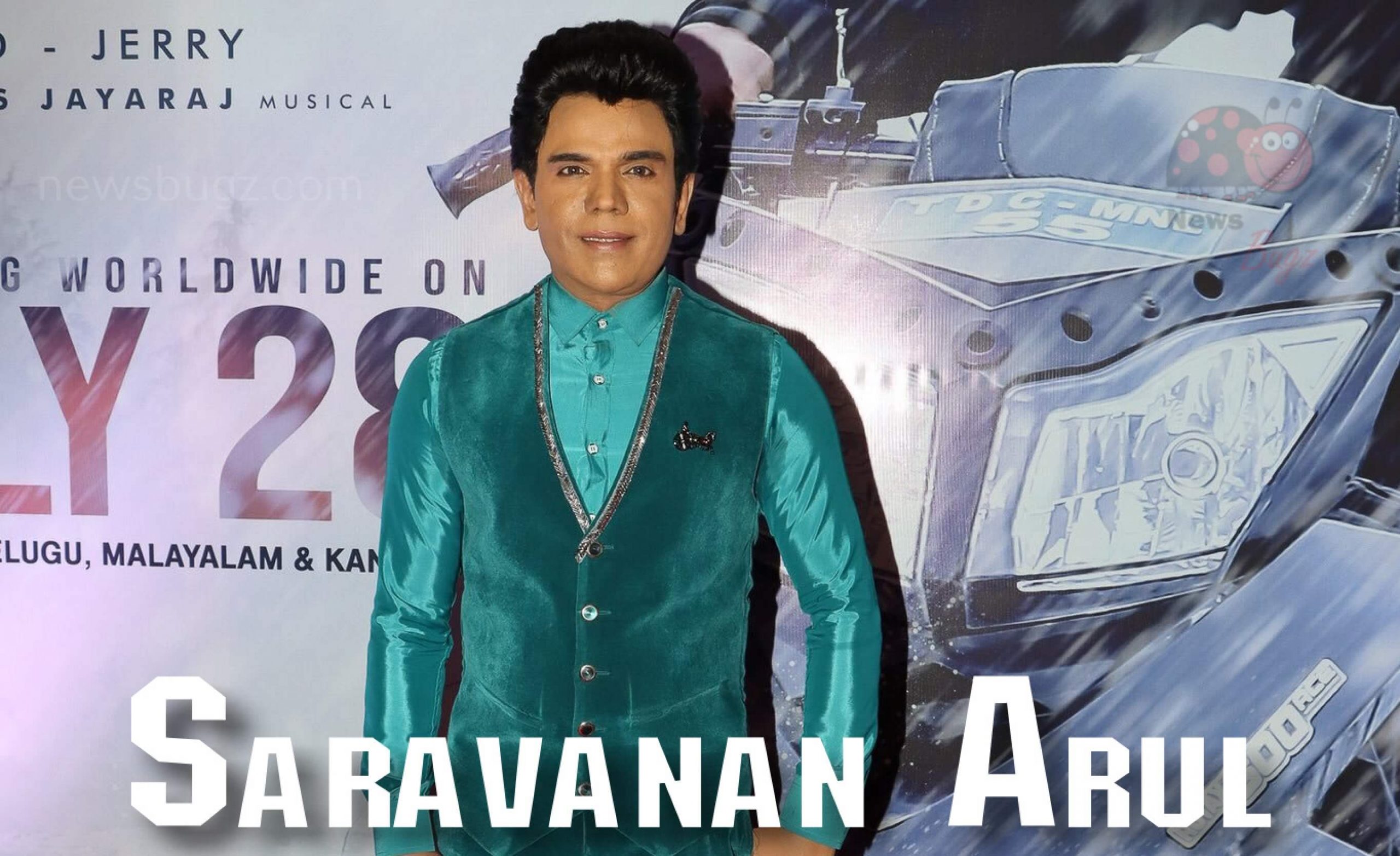 His uncles Yoga Rathinam and Raja Rathinam were also a part of his father Selvarathinam’s business career.

Saravanan Arul rose to fame after acting with Kollywood actresses Hansika Motwani and Tamannaah for his own shopping store advertisement. He has been trolled online for appearing with the popular actress in ad videos for Saravana Stores. It eventually made him popular and his store. In 2022, Saravanan Arul debuted as a producer and actor in a Kollywood movie titled THE LEGEND. It stars Urvashi Model turned actress Geethika Tiwary, Vivek, and Bollywood actress Urvashi Rautela.

Check out the latest photos of Legend Saravana,