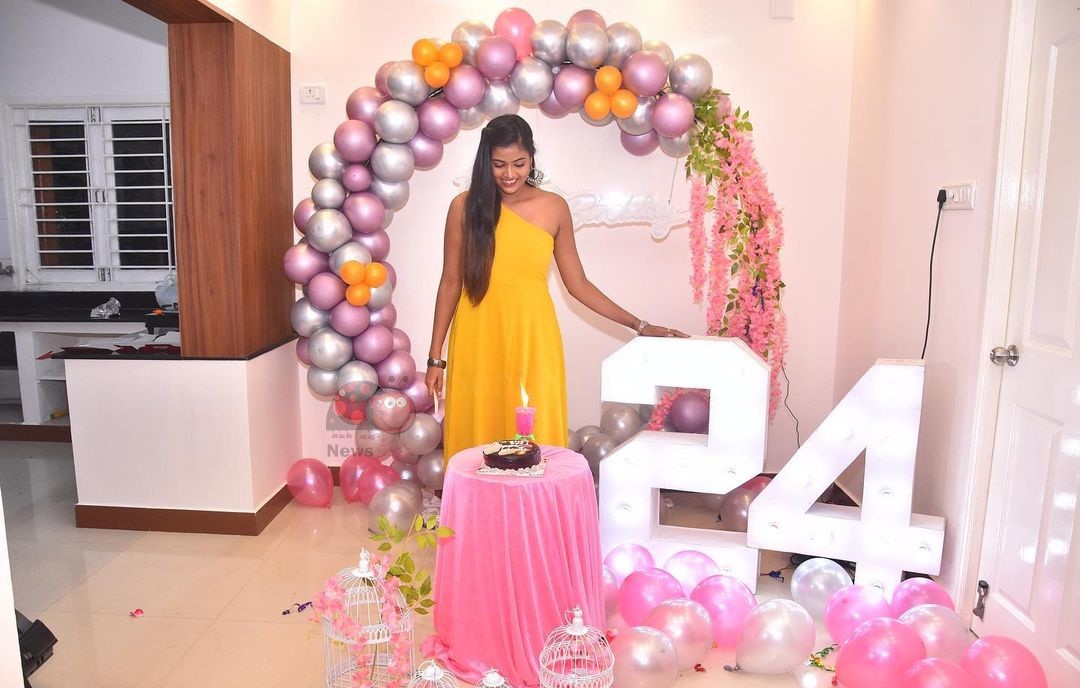 Sangavi Jeyachandran alias Sangavi is a Tamil actress who primarily worked in the Tamil television industry. Sangavi made her acting debut in the Nadhaswaram serial which premiered on Sun TV. Sangavi got the light and fame for her work in Kula Deivam. Initially, she started her career in Modeling then later became a vital character in Tamil TV Serials. She was born in Chennai, Tamil Nadu.

Here are the latest pictures of TV actress Sangavi Jayachandran,