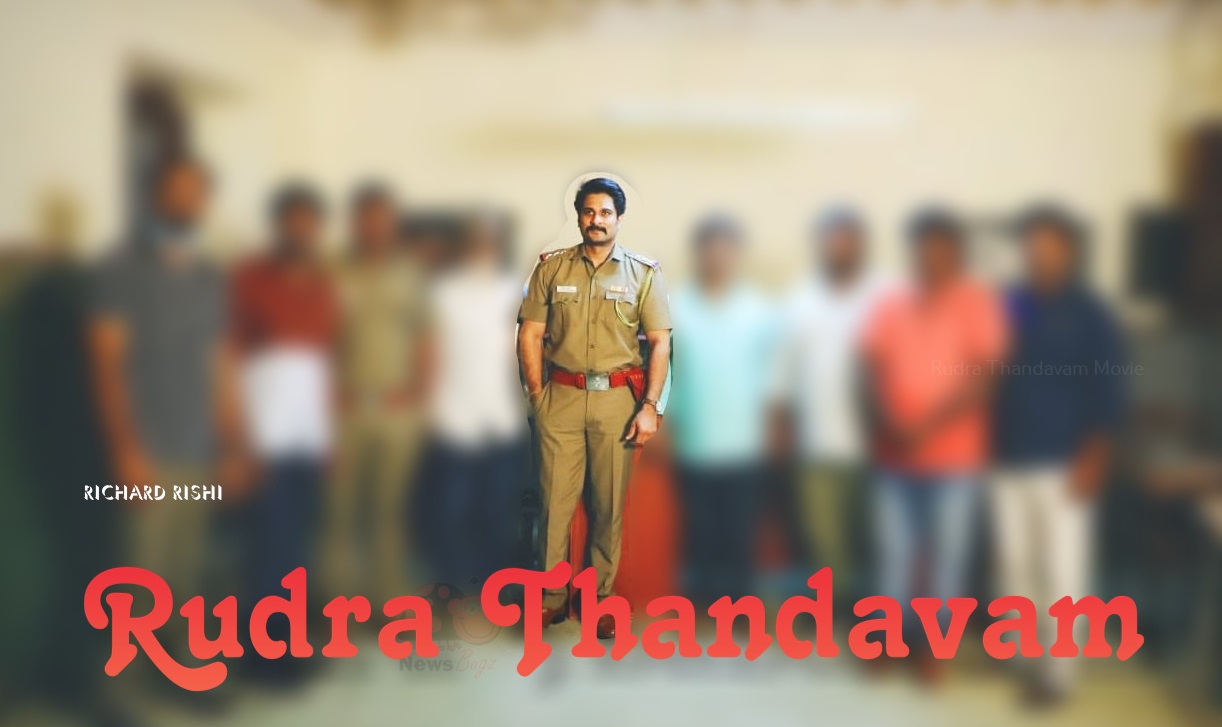 Rudra Thandavam movie is an upcoming action thriller drama starring Richard Rishi and Dharsha Gupta in the lead characters. Directed by Darupathi fame Mohan G, the movie will be released under the GM Film Corporation and 7G films banner. Richard Rishi will be playing the cop role in the Rudhra Thandavam film. The shooting starts on 04 January 2021 (Monday) and is slated to be released on December 2021.

Here is the complete cast list of the upcoming Tamil movie Rudra Thandavam 2021,

Here is the intense look of Rudra Thandavam,