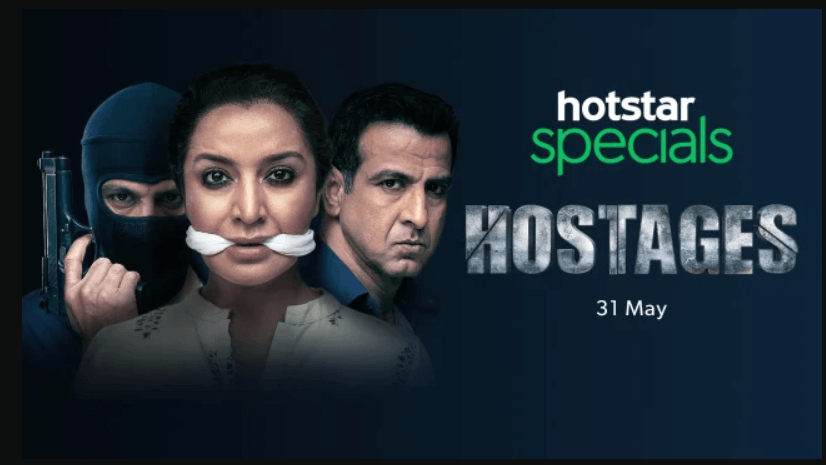 Hotstar Specials Hostages has been written by India’s best storytellers like Akriti Goel, Madhura Dalimbkar, Mayuk Ghosh, Nisarg Mehta, Shiva Bajpai, Suraj Gianani. The series was directed by Bollywood’s most revered filmmaker Sudhir Mishra. Produced by Applause Entertainment, Hostages web series stars Tisca Chopra and Ronit Roy as leads with Parvin Dabas, Aashim Gulati, Mohan Kapoor, Malhaar Rathod, Sharad Joshi, Dalip Tahil, Surya Sharma, Anangsha Biswas in pivotal roles. The series will stream from 31st May and will be available in multiple Indian languages on Hotstar VIP. On 23 may 2019, the launch event of ‘Hostages’ was happend and it was hosted by A K Rahman. He is one of the most successful anchors in the country.

The series tells a story of renowned surgeon Dr. Mira Anand (Tisca Chopra) who is about to perform a routine operation on the Chief Minister. But, her family is taken hostage by the terrorist and she is ordered to kill Chief Minister and save her family from a harrowing fate. Prithvi Singh (Ronit Roy), a cop with the Mumbai police team deals with the hostage. Dr. Mira Anand’s battle to save her family or kill the chief minister takes us on a journey, where every character is a pawn fighting for survival. Will Dr. Mira Anand make an impossible resolution?