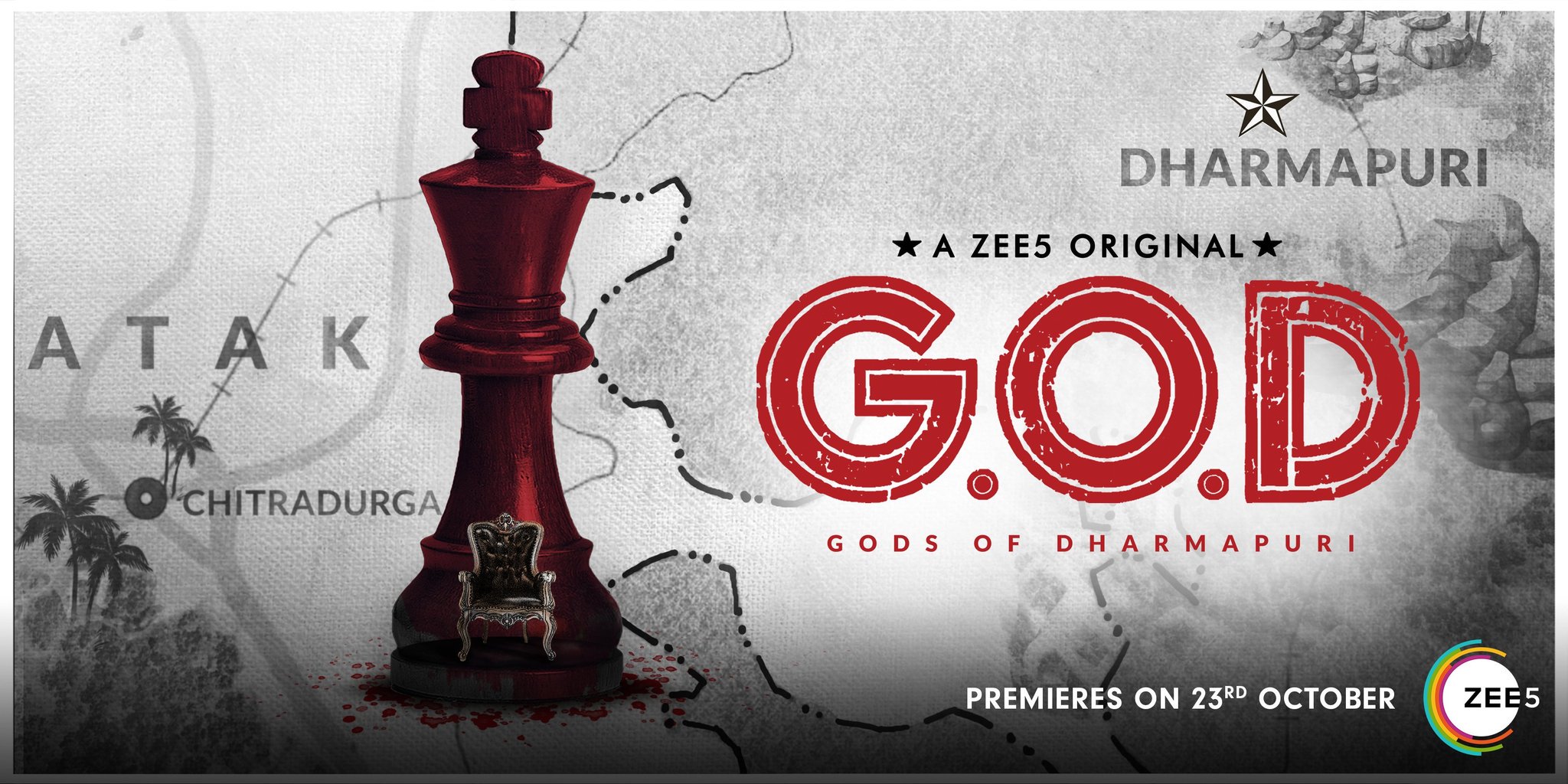 Gods Of Dharmapuri (G.O.D) is a ZEE5 Telugu Original starring Raj Shetty, Sruthi Jayan and Satyadev Kancharla in lead roles. The web series was directed by Anish Kuruvilla and produced by Radhika Lavu of Ellanar Films. GOD Telugu web series has 10 episodes that starts premiering from 23rd October 2019 exclusively on ZEE5. The first look of Gods of Dharmapuri was released by director Nag Ashwin of Mahanati fame.

G.O.D is a political drama that tells the story of mining mafia during the 1960s – 1970s. It revolves around a man who is struggling to make ends meet for his family and then how they become the most powerful family of the fictitious town, Dharmapuri, the Karimnagar district of Telangana.