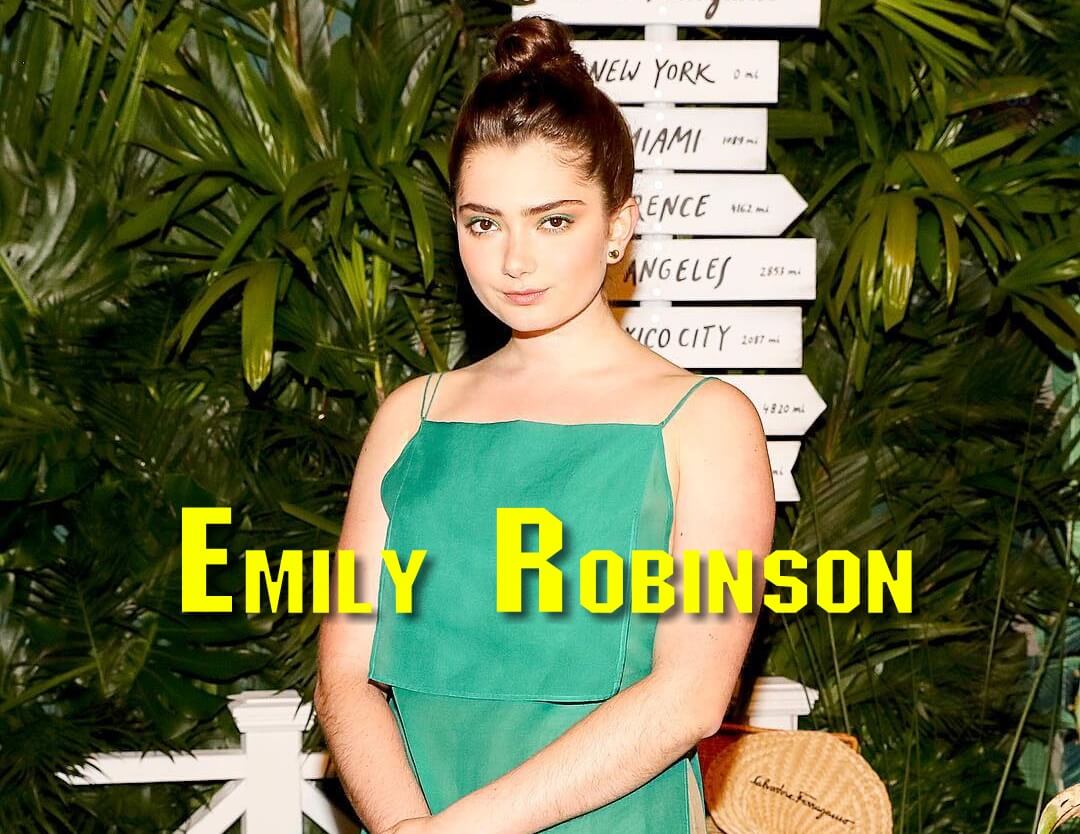 Emily Robinson is an American actress, model, director, producer, writer, and editor. She is best known for her work in Dark Was The Night. Emily began her modeling career at the age of six. She was represented by The Ford Models after her neighbor introduced her. At the age of seven, she did her acting debut on the television series Guiding Light. In 2010, she did her theater debut by playing the prominent role in The Orphans Home Cycle directed by Michael Wilson.

She rose to prominence in 2016 for her work in the Virgin Territory short film, she wrote, directed, and starred in the film. It premiered at the Los Angeles Film Festival. The short film helped to raise over 17,000 USD. The film was shot in Emily Robinson’s bedroom, her father wrote the screenplay, and her mother produced it. Kay Madsen, a cinematographer, was hired by Emily through Craigslist.

Take a look at the latest photos of Emily Robinson,