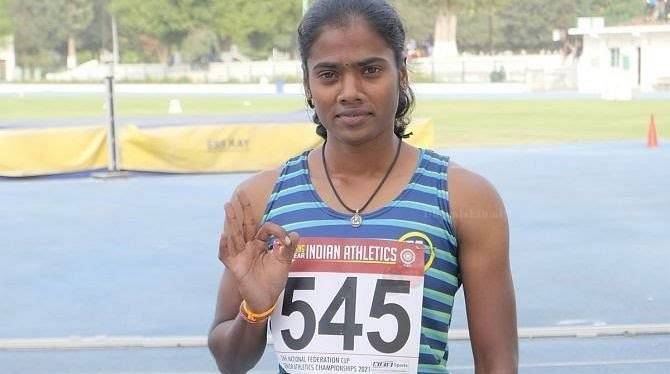 Dhanalakshmi Sekar is a sprinter from Tiruchirappalli (Trichy), Tamil Nadu. She has been selected for the Tokyo Olympics. She is in the team of a mixed relay (4x400m). At a young age, she lost her father and she did education with help of her mother. She has 2 sisters. She won the inter-zonal and national championships and broke national records. In a recent Olympic trial, she came third and got the ticket to Tokyo Olympics. Dhanalakshmi flying to Tokyo Olympics along with Revathi Veeramani, Subha Venkatesan, and Arokia Rajiv, Naganathan Pandi (4 x 400 m relay) from Tamil Nadu. According to sources, the Tamil Nadu top sprinter Dhanalakshmi has failed to qualify for the Commonwealth Games dope test.

Check out the recent images of athlete Dhanalakshmi,