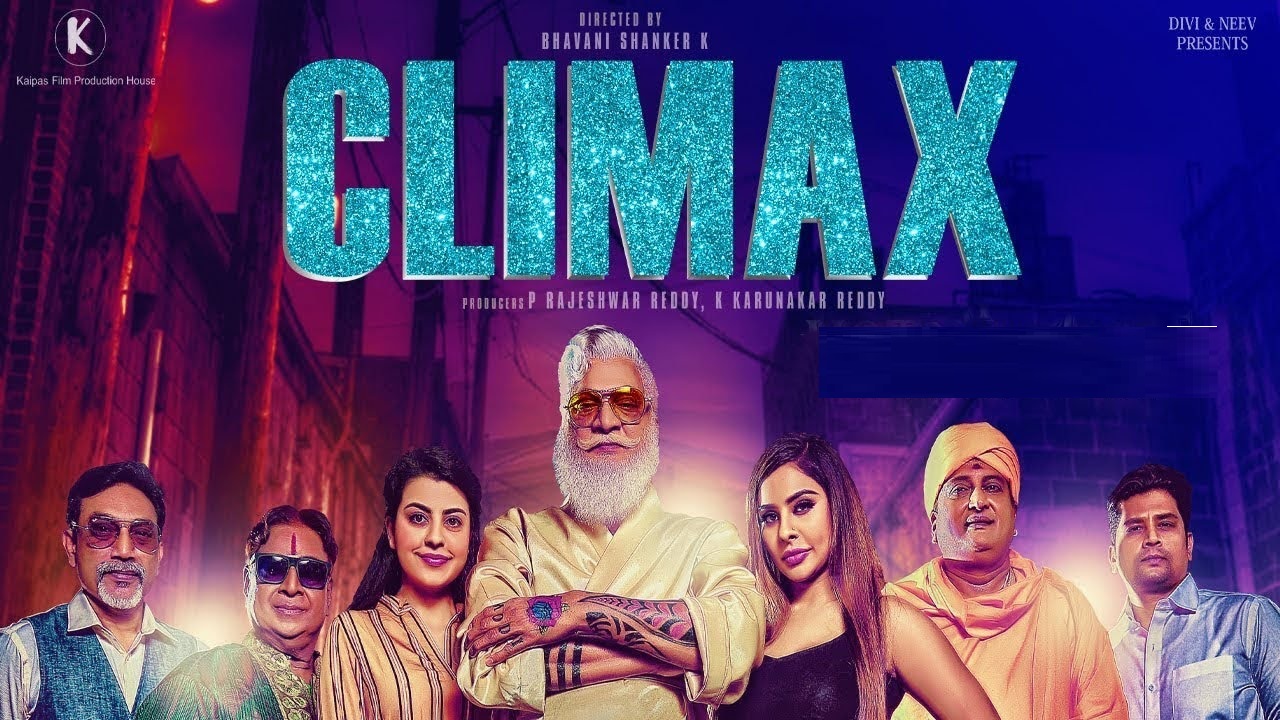 Climax is the upcoming telugu movie starring Dr G B Rajendra Prasad, Sasha Singh, Sri Reddy, and Pridhvi in the lead characters. Directed by Bhavani Shanker K, the film was bankrolled by P Rajeshwar Reddy. Legendary actor Rajendra Prasad will be seen as a flamboyant billionaire Vijay Modi who lives a luxurious life with beautiful girls standing at his service. The film is slated to be released on 27th February 2021 in theatres.