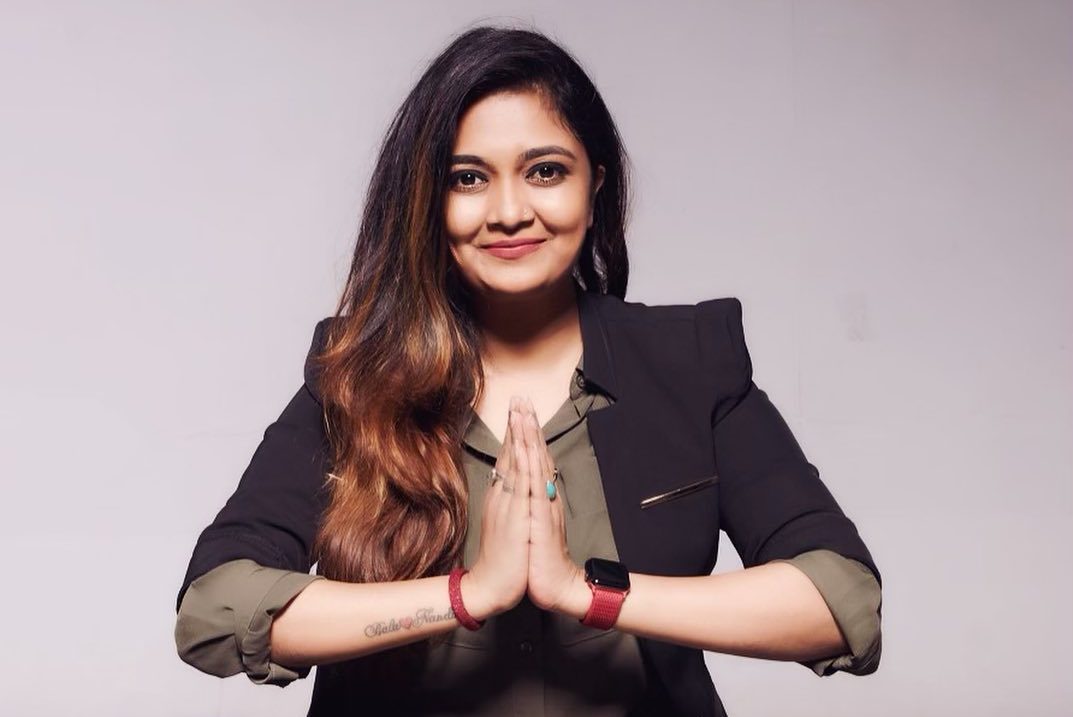 Soundarya Bala Nandakumar is an Indian Actress and Singer. She works in Tamil film and television industry. She started her career as a singer and participated in the famous reality show Super Singer. She then made her acting debut through the serial Pagal Nilavu in Vijay TV. Soundarya has worked in several shows on Star Vijay TV. Soundarya Nandakumar has done some theatre plays. She also became famous for acting in the behind woods short film Yours Shamefully directed by Vignesh Karthick.

Soundarya Bala Nandakumar was born on 17 February 1985. She was born and brought up in Madurai, Tamil Nadu, India. Soundarya also acted in the Film Industry, and She made her debut in the film Kabali, in which she portrayed as Pub Singer. She has accredited for her role as Revathy in the Pagal Nilavu serial.

Check out some latest photos of Tamil television actress Soundarya,