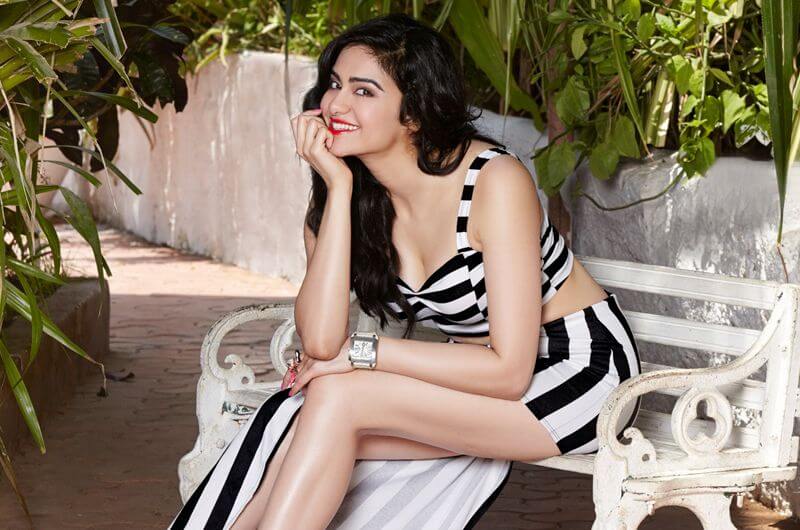 Adah Sharma is an Indian film actress who mainly appears in Hindi and Telugu films. Adah began her acting debut with the leading role in Hindi language horror film 1920 (2008), a box office success. Her portrayal of the possessed woman in the film was critically praised and earned the Filmfare Award for Best Female Debut nomination. The critically and commercially successful romantic comedy film of her Hasee Toh Phasee (2014) made her entry into the South Indian Film Industries, where her first six films – five in the Telugu Language – the romantic thriller Heart Attack (2014), Subramanyam for Sale (2015), Garam (2016), Kshanam (2016), and one in Kannada Rana Vikrama (2015). Check out below for Adah Sharma Wiki, Biography, Age, Family, Movies, Images and More.

Adah Sharma was born on 11 May 1992. She belongs to a Tamil Brahmin family and raised in Mumbai, Maharashtra. Her father S. L. Sharma, who hailed from Madurai, Tamil Nadu, was a captain in the merchant navy and her mother, a native from Palakkad, is a classical dancer. Adah completed her schooling from Auxilium Convent High School in Pali Hill, Bandra, Mumbai. She is a gymnast and has been dancing since the age of three. Adah also completed her graduation in Kathak from the Natraj Gopi Krishna Kathak Dance Academy in Mumbai. She also learned salsa for four months in the US.