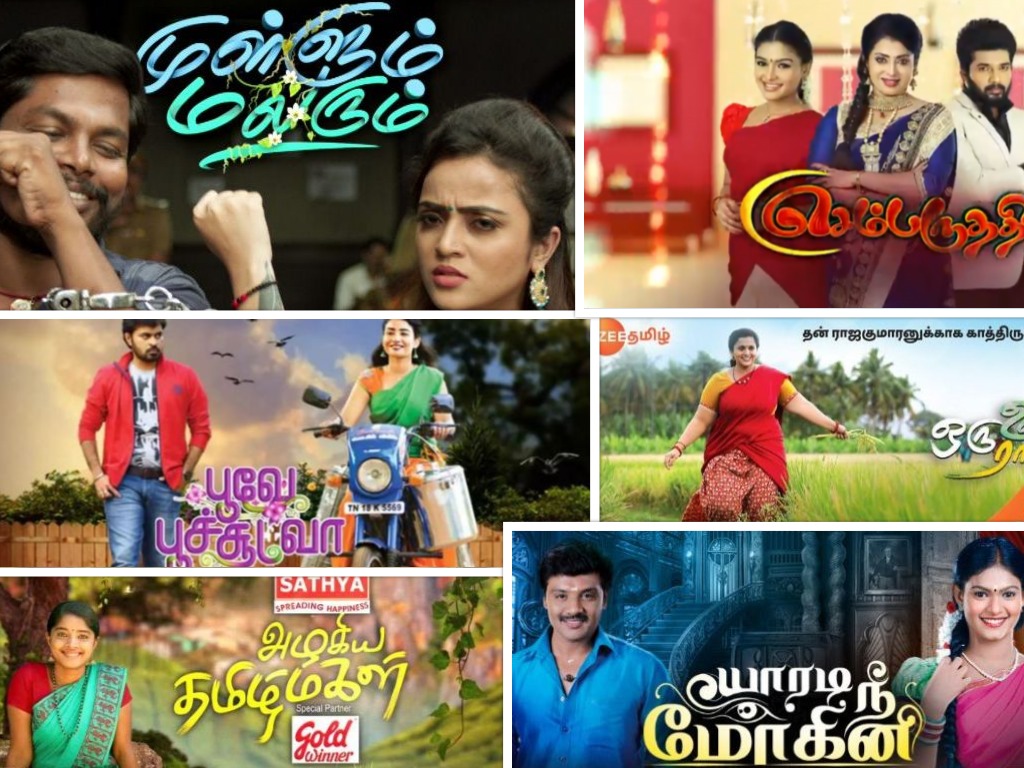 Zee Tamil is a television network, which is one of the most watched Tamil Language TV Channels in the World. The channel is owned by the Zee Entertainment Enterprises. It started broadcasting on 2004 and is available internationally. In Canada, the channel is distributed by Ethnic Channels Group. Zee Tamil updated its on-air graphics on 15 October 2017, along with the launch of Zee Tamil HD. Check out below for Zee Tamil Serials List | Timings | Promos | Episodes | Cast & Crews, and More.

Zee Tamil always concentrates on their serials. They work hard with a talented team to make their serials interesting.

Azhagiya Tamil Magal is a Tamil Language family drama which is getting telecasted on Zee Tamil Channel on weekdays at 19:00 pm. The serial starres Sheela Rajkumar, Puviarasu in the lead roles. Click here for Azhagiya Tamil Magal Serial Cast & Crew, Details, Episodes, Promos and Other details.