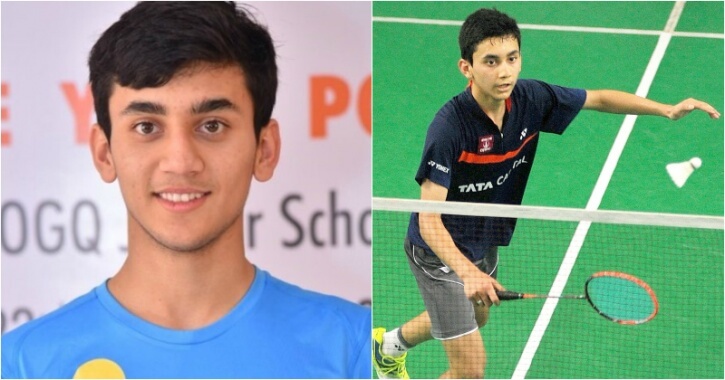 World’s No 1 Junior Badminton Player, A 15 Year Old From Almora Made India Proud

There’s no doubt that Indian badminton was in a prime form and the future is dazzling. And when the junior players like Lakshya Sen were in the circuit, the country could hope for more glory in the upcoming years.

Lakshya Sen was just 15 who made India proud by becoming the No 1 in the junior singles badminton in the world as per the latest ranking list issued by the Badminton World Federation (BWF). Hailing from Almora, Lakshya was the first shuttle player from Uttarakhand to attain the Numero UNO spot at the international level.

According to BWF’s current rankings, Lakshya has scored 16,903 points in eight tournaments he has played in the season entirely. The second-place Chia-HaoHao of Chinese Taipei has 16,091 points.

The young shuttler has had a brilliant year in 2016 on the badminton circuit. He has won the Senior India International Series Badminton Tournament along with the All India Senior Ranking Badminton Tournament at Itanagar. He was the youngest ever player and also the first ever shuttler from Uttarakhand to win the title at the senior level.

Since the age of 10, master Lakshya Sen has been training at the Prakash Padukone Academy in Bangalore. Prakash Padukone, the legend of Badminton has found a lot of promise within Lakshya. Prakash Padukone had given him a personal attention over the last couple of years. Padukone prepares Lakshya’s day-to-day schedule and monitors his progress closely.

The proud Padukone quoted as they were expecting this, perhaps it has come a little bit sooner than the expected. Lakshya was a naturally gifted player and was quicker in grasping the finer points of the game. He also said that he could find some unique qualities from Lakshya from the very beginning.

The idea now was to help him keep developing his tactically, which was vital in the modern game where all the players tend to play a style similar to as opposed in the 1980s and 1990s.

Mr.Padukone added that he see his job as the one posing so many questions, making Lakshya come up with the answers fo each, and he found he was faster at that than the other players.

Taking up the badminton from at a young age wasn’t too tough for Lakshya as he hails from a badminton family. His father was a coach with the Sports Authority of India and Chirag, who was Lakshya’s brother and was a year elder to him, was also among the top junior players in the country and has reached the World. No two spot earlier.