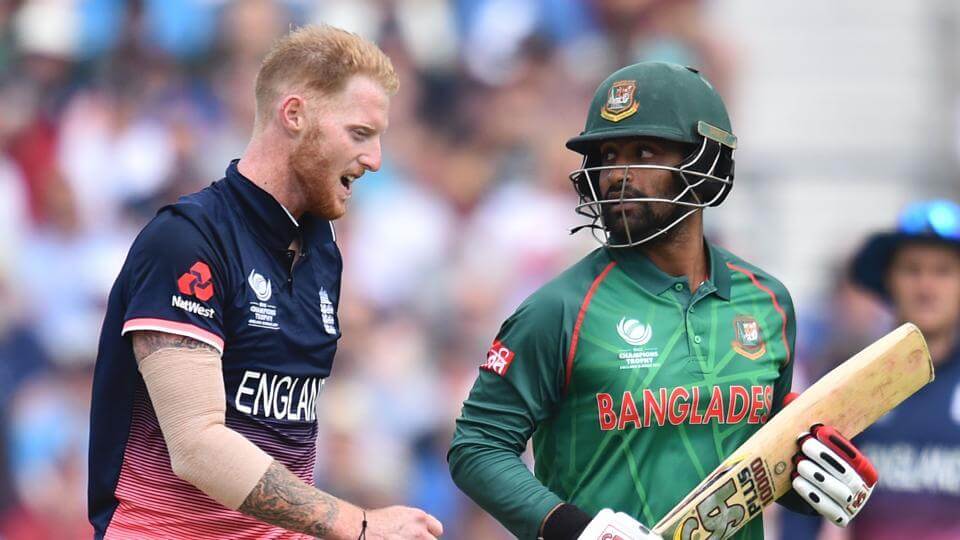 On the opening day of ICC Champions Trophy, Bangladeshi Opener Tamim Iqbal smashed a stunning TON. The English bowlers started off well but later on it was a complete IQBAL’s innings. The first over of the innings was a maiden bowled by Chris Woakes.

The Bangladeshi players had a steady start with Iqbal and Soumya Sarkar. After reaching the first milestone, Soumya Sarkar was caught by the substitute player “Bairstow” in Ben Stokes over. This caused Imrul Kayes into the crease. He didn’t stand for a long period. Kayes Scored 19 from 20 balls. Imrul Kayes was caught by Mark Woods in the over of Plunkett.

The Bangladeshi wicketkeeper Mushfiqur Rahim joined hands with Tamim Iqbal for the third wicket. While Tamim was going on a steady phase, Rahim started hitting hard. The bowlers were not able to get a wicket in this partnership. Iqbal smashed a stunning TON on one side, and Rahim smashed a half century on the other. Their partnership crossed 160+ runs, and this will be remembered for years by both the players.

When the second wicket was gone, 250 was a very challenging run to score, but then this master partnership made sure 300+ runs in this innings. Both Men got out in a series of balls by Plunkett. Tamim scored 128 runs while Rahim scored 79.

At the end of the innings, Bangladesh scored 305 runs for the loss of 6 wickets. Will the in-form England side chase this target or Bangladesh mark their first victory in ICC Champions Trophy?