All most all the things in the world are made up of atoms. An atom is the smallest constituent unit of ordinary matter that has the properties of a chemical element. Every solid, liquid, gas, and plasma is composed of neutral or ionized atoms. An atom is the defining structure of any element, which cannot be broken by any chemical means. A typical atom has a nucleus of protons and neutrons with electrons orbiting the nucleus. However, an atom can consist of a single proton, (i.e., the protium isotope of hydrogen) as a nucleus. The ability of atoms to associate and dissociate is responsible for most of the physical changes observed in nature and is the subject of the discipline of Chemistry.

What is an Atom? – Definitions

An atom is an individual particle of matter that uniquely defines a chemical element.  All atoms are made up of protons, neutrons, and electrons. The identity of the substance gets destroyed if its atom is further divided. Atoms are tiny and typical sizes are around 100 picometers. The atom is considered as the basic building block of the chemistry. Different substances have different types of atoms.

Atom, smallest unit into which matter can be divided without the release of electrically charged particles. It is also the smallest unit of matter that has the characteristic properties of a chemical element. As such, it is the basic building block of chemistry.

Atoms are the basic units of a matter and the defining structure of elements. Atoms are made up of three particles namely protons, neutrons, and electrons. Protons and neutrons are heavier than electrons and reside in the center of the atom, which is called the nucleus. 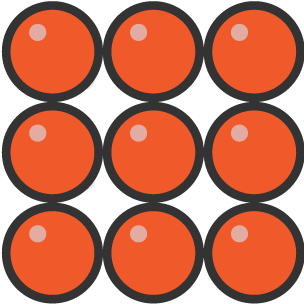 To make a simpler diagram we often draw atoms as circles

Most of the atom is empty space. The remaining of an atom consists of a central nucleus and is usually surrounded by one or more electrons. Each electron is negatively charged, and the nucleus is positively charged. It also contains one or more relatively heavy particles known as the protons and neutrons. More than 99.94 percent of an atom’s mass is in the nucleus.

Protons and neutrons are heavier than that of the electrons, and it is the reason for them to reside in the center of the atom. Electrons are extremely lightweight, and it exists in a cloud orbiting the nucleus. The electron cloud has a radius of 10,000 times greater than the nucleus. All atoms have an equal number of protons and electrons. In other words, they are always neutral. If it has more or fewer electrons than that of the protons, then it has an overall negative or positive charge, respectively, and it is called as an ion.

The nucleus was discovered in the year 1911, but its parts were not identified until 1932. Virtually all the mass of the atom will reside in the nucleus. The nucleus is held together by the “strong force,” or the gravitational force which is one of the four basic forces of nature. The force between the protons and neutrons will overcome the repulsive electrical force that would, according to the rules of electricity, and push the protons apart contrarily.

The count of protons will also determine the chemical behavior of that element. The Periodic Table of the Elements arranges the elements in an increasing order of atomic number. Protons are formed of other particles called quarks. There are three quarks in each proton where two “up” quarks and one “down” quark and they are held together by other types of particles called gluons. 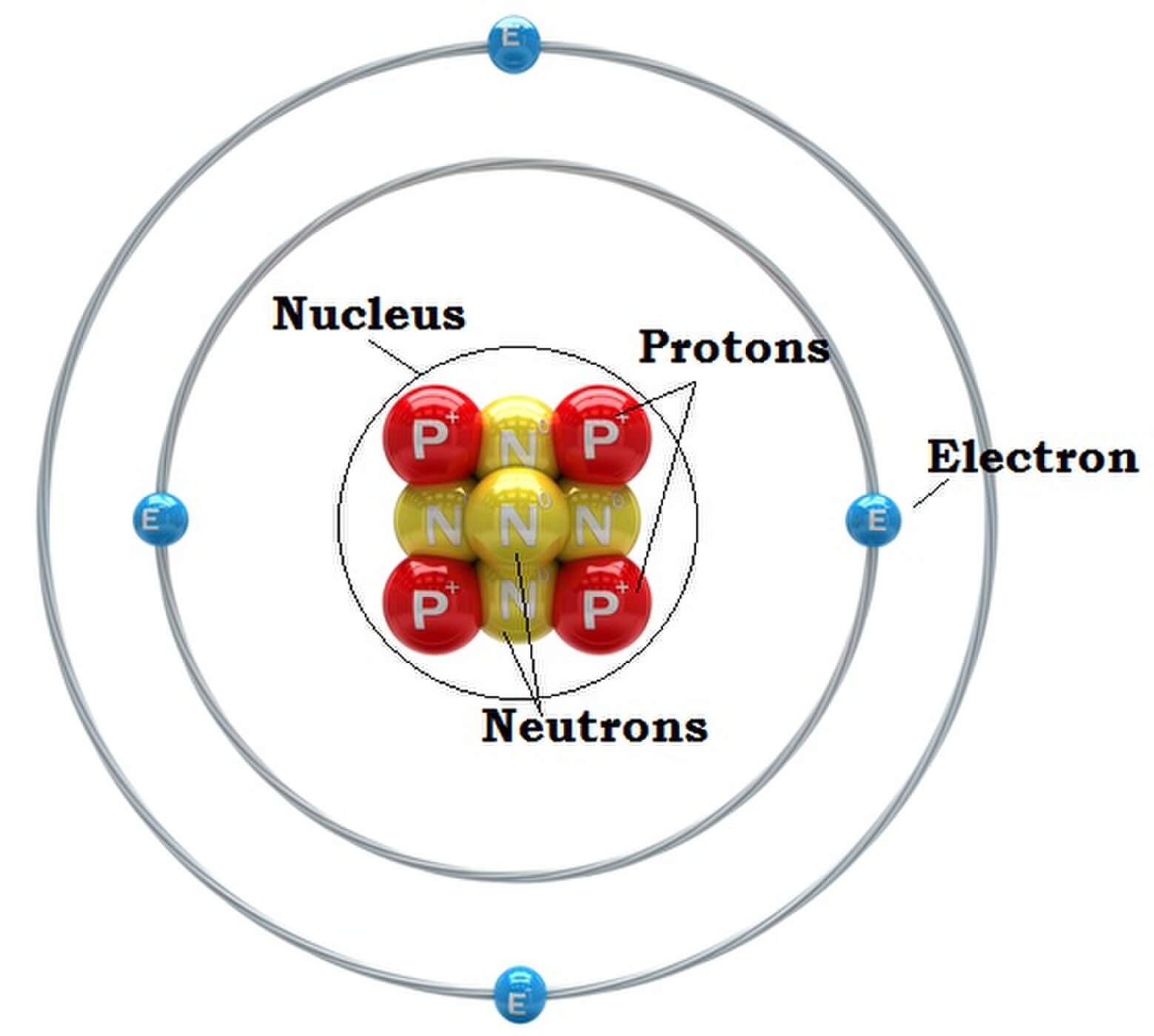 Electrons are negatively charged and are electrically attracted towards the positively charged protons. Electrons surround the atomic nucleus in the pathways called orbitals. The inner orbitals surrounding the atom are spherical, and the outer orbitals are much more complex. An atom’s electron configuration is the orbital description of the locations of the electron in an unexcited atom.

Using the electron configuration and the principles of physics, chemists predicts an atom’s properties, such as stability, boiling point, and the conductivity. Typically, only the outermost electron shells are valued in chemistry. The inner electron shell notation is often truncated by replacing the long-hand orbital description with the symbol for a noble gas in the brackets. The method of notation vastly simplifies the description for the larger molecules. The number of electrons will influence the magnetic properties of an atom.

For example, the electron configuration of beryllium (Be) is 1s22s2, but it is written as [He]2s2. The [He] is equivalent to all the electron orbitals in a helium atom. The alphabets, s, p, d, and f designate the shape of the orbitals, and the superscript means the number of electrons in that orbital.

Neutrons are those particles which are uncharged and are found within the atomic nuclei. Mass of the Neutron is little larger than the proton. Like the protons, neutrons are also made of quarks with one “up” quark and two “down” quarks. Neutrons were discovered in 1932 by James Chadwick.  The number of neutrons will define the isotope of the element.

Properties of an Atom

Atomic Mass: The atomic mass represents the number of portions and neutrons in an atom. Although all the atoms of the same element have the same number of protons, they will sometimes have more neutrons. Such atoms are called as isotopes.

Radioactivity: In some atoms, the nucleus could change naturally, and such atom is radioactive. When a nucleus changes then it produces rays.  In nature, some elements are radioactive, like uranium or radium. In labs, the scientists can produce radioactivity by bombarding the atoms with smaller particles.

An example of an atom is a single particle of any element on the periodic table. All the matter in this universe is made of tiny particles called atoms. There are 92 different kinds of atoms in nature and are listed in the periodic table too.

For example, Gold is made of only gold atoms.  When matter is made up of only one kind of atom, then it is called as an element.  In the same way, silver is an element which is made up of only silver atoms. As there are 92 different kinds of atoms in nature, hence there are 92 different kinds of elements. Other examples included are

Examples of the substances that are not atoms include water (H2O), table salt (NaCl), and ozone (O3). Any material with a composition that includes more than one element symbol or that has a subscript following an element symbol is a molecule or compound, and it is not an atom.