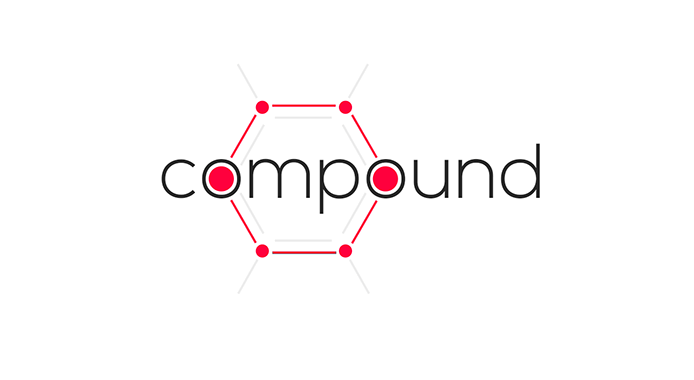 Every matter in the universe is made of the atoms of more than 100 different chemical elements, and that are found both in pure form and in the combined form as the chemical compound. A specimen of any given pure element is composed of only the atoms characteristic of that element, and the atoms of each of the element are unique. The purest elements and chemicals can be found on the periodic table, and the majority of those that are listed can be found in nature. However, most of the things we find and use on a daily basis are the chemical compounds. For example, the atoms that constitute carbon are different from that made of iron, which in turn is different from that of gold. Each element is designated by a unique symbol consisting of one, two, or three letters from either the current element name or from its original Latin name.

For example, the symbols for carbon, hydrogen, and oxygen are C, H, and O, respectively. The symbol for iron is Fe, formed from its original Latin name Ferrum. The fundamental principle of the science of chemistry is that the atoms of different elements can combine with one another to form the chemical compounds. Methane, for example, is formed from the carbon and hydrogen elements in the ratio of 4:1. i.e., four hydrogen atoms for one carbon atom and is known to contain distinct CH4 molecules. The formula of a compound such as CH4 indicates the types of atoms present, with the subscripts representing the relative numbers of atoms.

What is a Compound? – Definitions

A chemical compound or compound is an entity consisting of two or more atoms, with at least two different elements, which associate via the chemical bonds.

A compound is a substance which is resulted from a combination of two or more different chemical elements, in a way that the atoms of various elements are held together by the chemical bonds that and are difficult to break. These bonds are formed as a result of the sharing or exchange of electrons among the atoms. The smallest and unbreakable unit of a compound is termed as a molecule. Many chemical compounds have a unique numerical identifier called CAS number assigned by the Chemical Abstracts Service (CAS).

A chemical compound is a chemical combination of two or more elements that can be normally broken down into simpler substances by chemical means and have properties different from those of its component elements.

A chemical compound is a chemical substance consisting of two or more different chemically bonded chemical elements, with a fixed ratio determining the composition. The chemical formula usually expresses the ratio of each element.

A chemical formula represents the information about the proportions of atoms which constitute a particular chemical compound, by using the standard abbreviations for the chemical elements, and subscripts that indicate the number of atoms involved. For example, water is formed of two hydrogen atoms bonded to one oxygen atom and its chemical formula is represented as H2O.

A compound could be converted to a different chemical composition by interaction with a second chemical compound via the chemical reaction. In this process, bonds between the atoms are broken in both of the interacting compounds, and then the bonds are reformed so that the new associations were made between atoms. The reaction could be described schematically as,

Read Also What is an Atom? Definitions & Examples

There are four different types of compounds, depending on how the constituent atoms are held together. They are as follows

Oxides, for example, could be either ionic or molecular. Ionic oxides include O2− (oxide) ions and metal cations, whereas the molecular oxides contain the molecules in which the oxygen (O) is covalently bonded to nonmetals such as Sulfur (S) or Nitrogen (N). When the ionic oxides are dissolved in water, the O2−ions react with the water molecules to form hydroxide ions (OH−), and basic solution results. Molecular oxides react with the water to produce oxyacids, such as sulfuric acid (H2SO4) and nitric acid (HNO3).

Transition metals form a great variety of inorganic compounds. The most important of these are the coordination compounds in which two to six ligands surround the metal atom or ion. Ligands are the ions or neutral molecules with electron pairs that they can donate to the metal atom to form a coordinate-covalent bond. The resulting covalent bond is given a unique name because one entity (the ligand) furnishes both of the electrons which are subsequently shared in the bond. An example for the coordination compound is [Co(NH3)6]Cl3, and which contains Co(NH3)63+ ion, a cobalt ion (Co3+) with the six ammonia molecules (NH3) attached to it, acting as the ligands.

Other elements that add to the comfort, health, or convenience of humans are composed of the organic compounds, including clothing made of cotton, silk, wool, and synthetic fibers. Also, common fuels, such as wood, coal, petroleum, and natural gas; components of protective coatings like paints, varnishes, lacquers, and enamels; antibiotics and synthetic drugs; dyes; plastics; natural and synthetic rubber; and pesticides also come under Organic compounds.

Read Also What is an Element? Definitions & Examples

Chemical compounds could be found in nature as well as in goods we find in our homes. Have you seen a rusty metal object that has been left outside? When iron is exposed to the atmosphere for a period, it begins to rust. The material we commonly refer to as rust is the chemical compound iron oxide. Iron oxide will be formed when iron in an object reacts with the atmosphere oxygen and forms ionic bonds that result as a chemical compound.

Another common chemical compound that every living organism require is water. Water is a chemical compound which is formed when two hydrogen atoms combine with one oxygen atom. These atoms are held together as they share electrons due to the result of a covalent bond. Metallic bonds involve the sharing, or mutual attraction, of electrons, which is how the atoms within the metal are held together.

TamilNadu Hits 92.1% in Plus Two Results