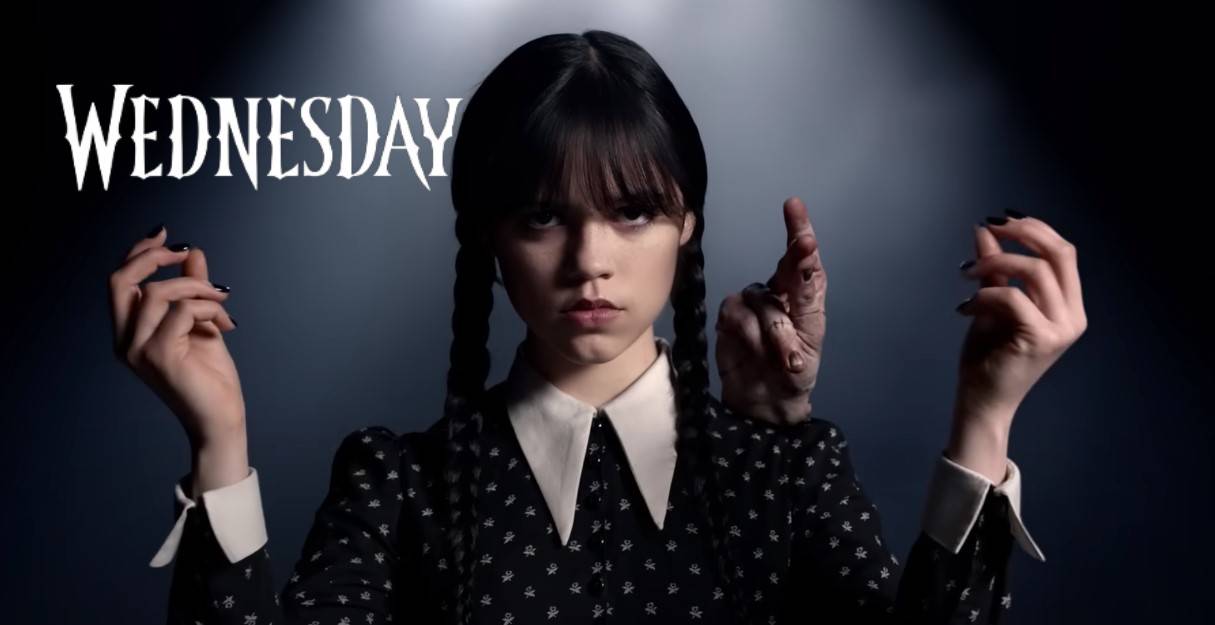 The streaming giant Netflix announced the next fantasy comedy series Wednesday. It is based on the fictional character Wednesday Friday Addams created by Charles Addams. This Netflix series is helmed by Tim Burton with a script narration by Milles Millar and Alfred Gough. It stars Jenna Marie Ortega who plays the Wednesday Addams character and shares screen space with Catherine Zeta-Jones, Riki Lindhome, and Jamie Mcshane in significant roles. Watch this all-new latest episode of the Wednesday web series only on Netflix and the release date will be announced soon.

The tale of the series revolves around Wednesday Addams (Jenna Ortega) who is expelled from various schools due to her psychic ability. Wednesday’s parents wanted her to get a solid education, so they switched her to Nevermore Academy which is a much-fit school to bring unique sensibilities. After the teaser release, people much awaited for the new season. Netflix users can stream the Wednesday web series online and it will be available for download to watch offline on the platform.

Check out the main and important Wednesday series cast list below,

Check out the full details of Wednesday Netflix,