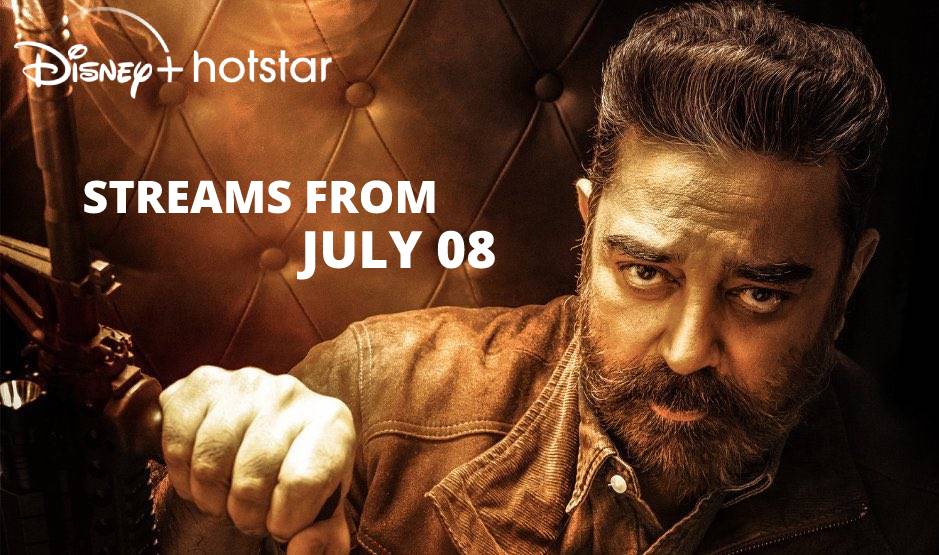 Kamal Haasan’s highly-anticipated action thriller Vikram is coming to its online digital premiere. Ahead of theatrical release, it is officially announced that Disney plus Hotstar bags the streaming rights for the film. The movie is released on June 03. Moreover, Vikram squeezed every box office collection across the globe and it broke several records in the Indian film industry. In addition, it also creates another benchmark for Kamal Haasan’s career. Lokesh Kanagaraj has directed this venture.

Along with Kamal Haasan, the film also stars Vijay Sethupathi, and Fahadh Fassil playing major roles. The movie acclaimed boastful response among other film industries and fans were celebrated for thunderous action sequences, enthralling plot, and scenes. Vikram movie is finally set to stream online on Disney+ Hotstar. The VIP users and premium members can download Vikram full movie on their platform.

Check out the complete details on Kamal’s Vikram movie,