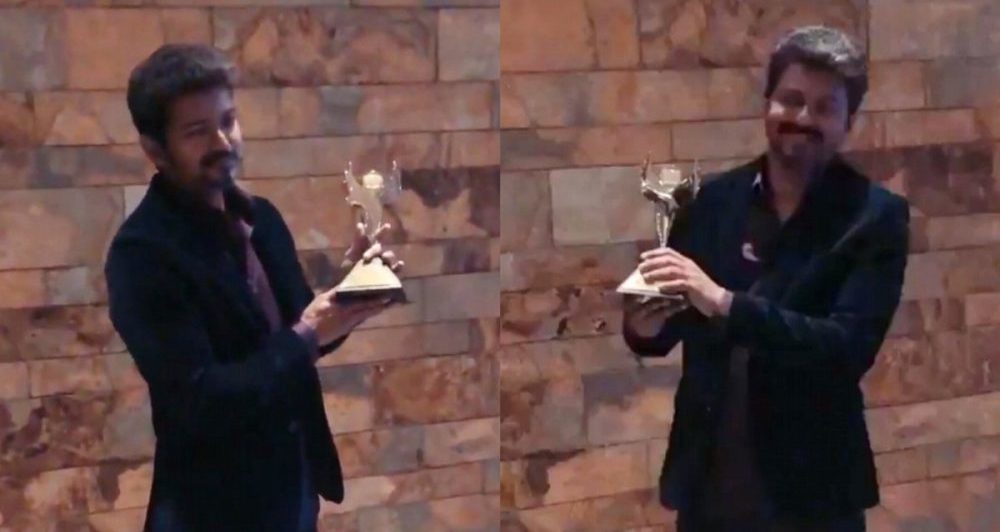 The award ceremony takes place at the Hilton Hotel Canary Wharf London E14 9SH on 22nd September 2018. Recently, actor Vijay met IARA team and collected his award during his visit to London. A video of vijay posing with his prestigious award was posted by the IARA member Matt Alexaner. It is going viral on social media.

Vijay With His IARA Award