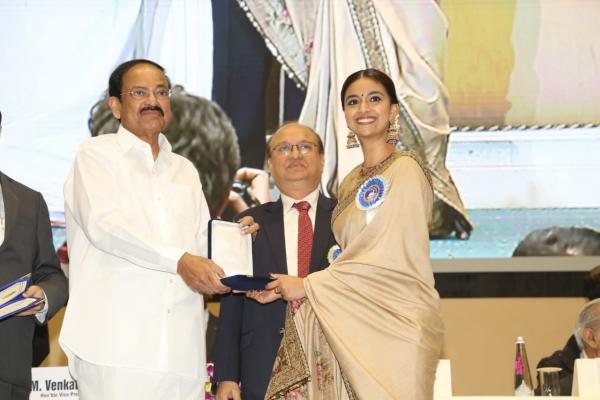 Versatile actress Keerthy Suresh has received the National Film Awards today at the Vigyan Bhawan, New Delhi. Vice President Venkaiah Naidu handed over the Best Actress award to her for the film Mahanati. Keerthy Suresh was excited and looks very happy as she walked up to the stage in front of her parents. She looked gorgeous and attended with her elegant look as ever in a traditional saree.

The actress expressed her thanks in getting the prestigious 66th National Film Awards presentation at Delhi said, “First and foremost, I would like to thank each and every member from the press and media fraternity. They have been the early ones to strongly affirm that our film ‘Mahanati’ will get its due honours with their positive reviews and unconditional appreciations.”