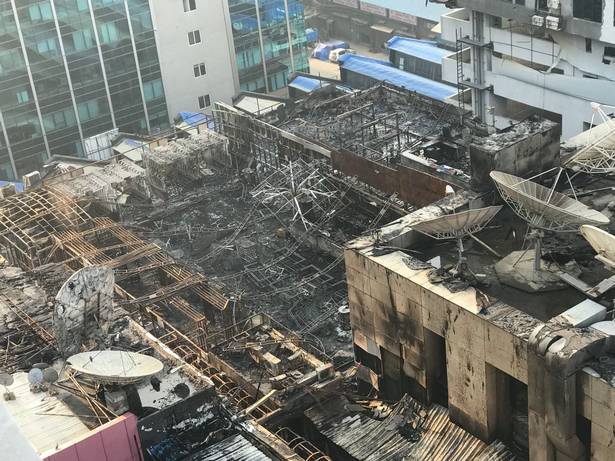 A woman celebrating her birthday with her friends at rooftop restaurant in Mumbai’s Kamala Mills complex. Suddenly, the fire broke out shortly after midnight on the third floor of the four-storeyed building on Senapati Bapat Marg. Fifteen people were killed and 19 others injured after a major fire broke out in a building on Friday.  The BMC disaster management officials said that the injured are undergoing treatment to civic-run KEM and Sion hospitals in Parel.

The police reported that most of the womens were dead with the age of twenty and early thirties and dozens of bodies were found near a women’s washroom. Also, they added that the deaths were because of suffocation.

WATCH | Massive fire which broke out in Mumbai's Kamala Mills compound. The fire raged on for almost 4 hours, before it was finally doused by firefighters. The cooling operations are still underway pic.twitter.com/bvGuRS5Upg

BMC disaster management officials said that they received the first call at 12.27 AM and they initially rushed eight fire engines to the spot.

Kamala mills is among the sprawling mill compounds that have evolved into bustling hubs of hotels, pubs and offices over the years. The restaurants covers 37-acre premises in Lower Parel which have turned the complex into a popular nightlife spot. It took more than three hours for firemen to bring the blaze under control. 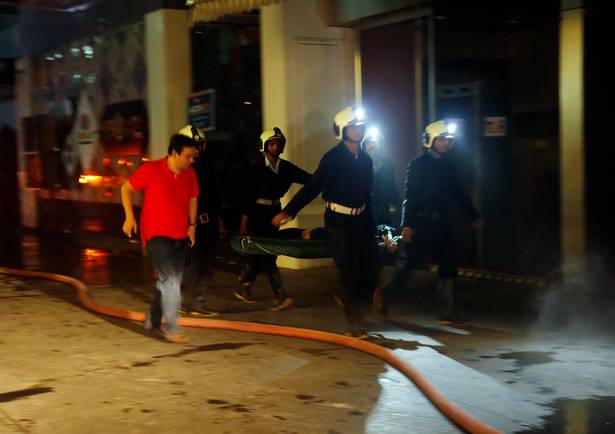 Fire at Rooftop Pub in Mumbai | 15 Killed and Several Injured

Dr Sulbha KG Arora, a Mumbai doctor, was at one of the restaurants when the fire broke out. After escaping from the blaze, she tweeted as,

“Before we knew it, the whole place was engulfed in a matter of seconds. There was a stampede and someone pushed me. People were running over me even as the ceiling above me was collapsing in flames. Still don’t know how I got out alive. Some powers were definitely protecting me,” she said in tweets, calling the incident the “scariest thing I have ever survived”

WATCH | Aerial view of restaurant where the fire started pic.twitter.com/PvZ2HXWn3w