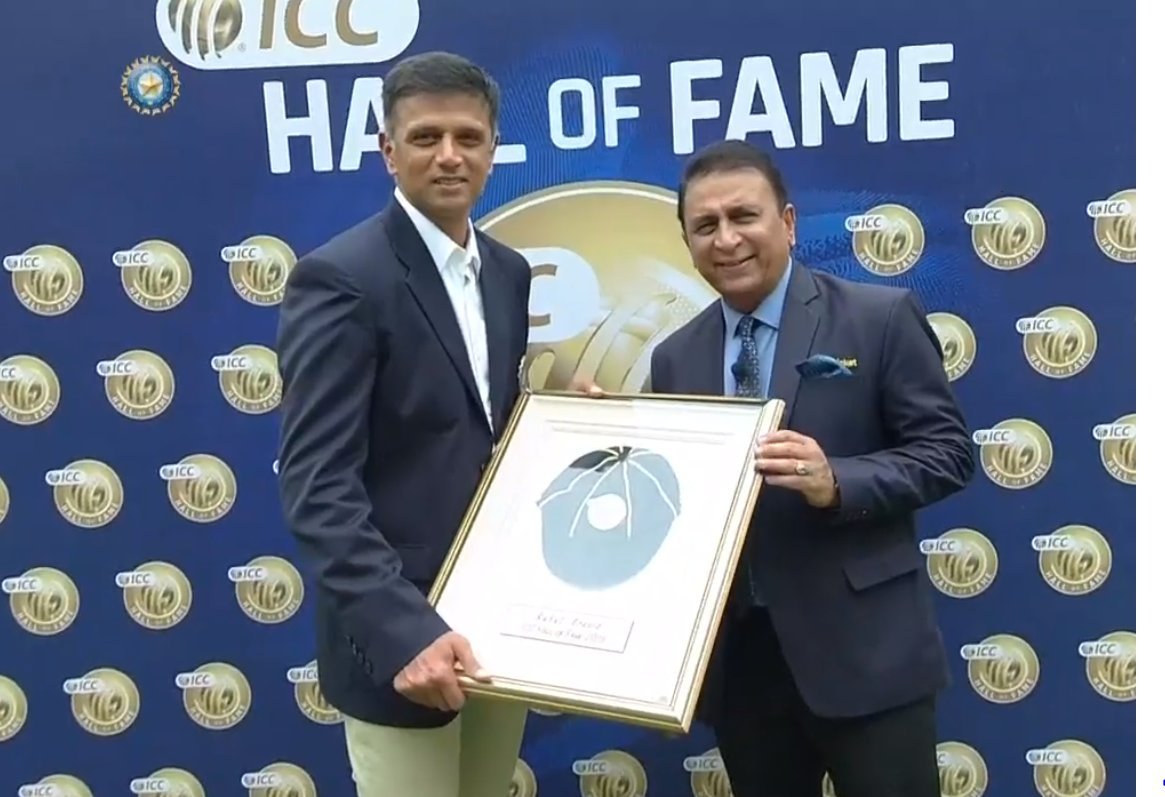 On Thursday, Former India Captian Rahul Dravid was officially inducted into the ICC Hall of Fame ahead of the fifth and final ODI match between India and Windies at Thiruvananthapuram, Kerala. He became the 5th Indian and 87th Player to be inducted into the International Cricket Council’s (ICC) Hall of Fame. Taking to Twitter, BCCI (The Board of Control for Cricket in India) has tweeted a video of the small ceremony, where the former player and cricketing legend Sunil Gavaskar has handed over the framed cap to Rahul Dravid.

Rahul Dravid becomes the 5th Indian to be inducted in the @ICC Hall of Fame. Congratulations to the legend on joining a list of all-time greats across generations. pic.twitter.com/RAyQ8KrtWR

Earlier, ICC has announced that Rahul Dravid will be the fifth cricketer from India after Bishan Singh Bedi, Kapil Dev, Sunil Gavaskar, and Anil Kumble to be inducted into the ICC Hall of Fame. In his 16 years of International Cricket, Rahul Dravid had scored 10,889 runs in 344 ODIs with 12 centuries and 13,288 runs in 164 Tests with 36 centuries.

Stickers on WhatsApp Finally | What’s New and How to Enable it?