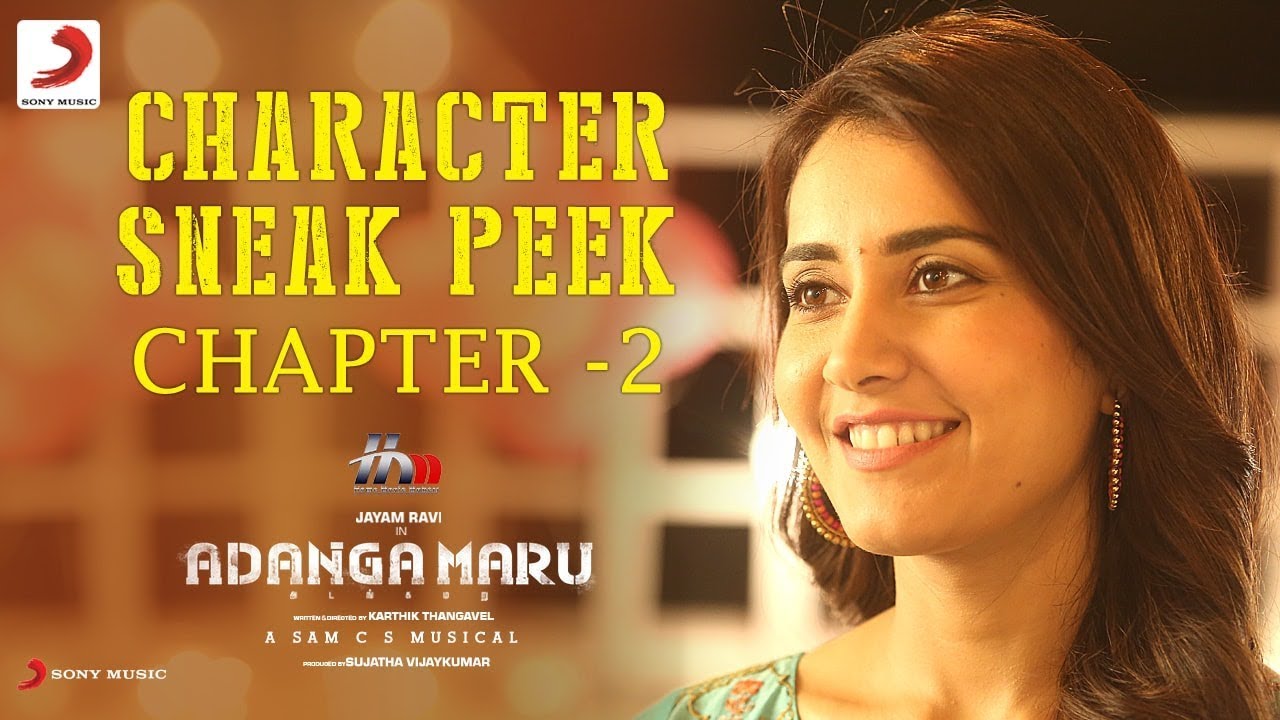 Adanga Maru is an upcoming Tamil movie written and directed by Karthik Thangavel. Produced by Sujataa Vijaykumar of Home Movie Makers, Adanga Maru Movie features Jayam Ravi in the lead role along with Raashi Khanna, Sampathraj, Munish Kanth and Pon Vannan in important roles. Sam C.S of Vikram Vedha fame has composed the songs and background music for this movie.

Now, the team had released the 2-minute video of Raashi Khanna’s character in the film. She plays a role called Anitha who is said to be sarcastic and smart.