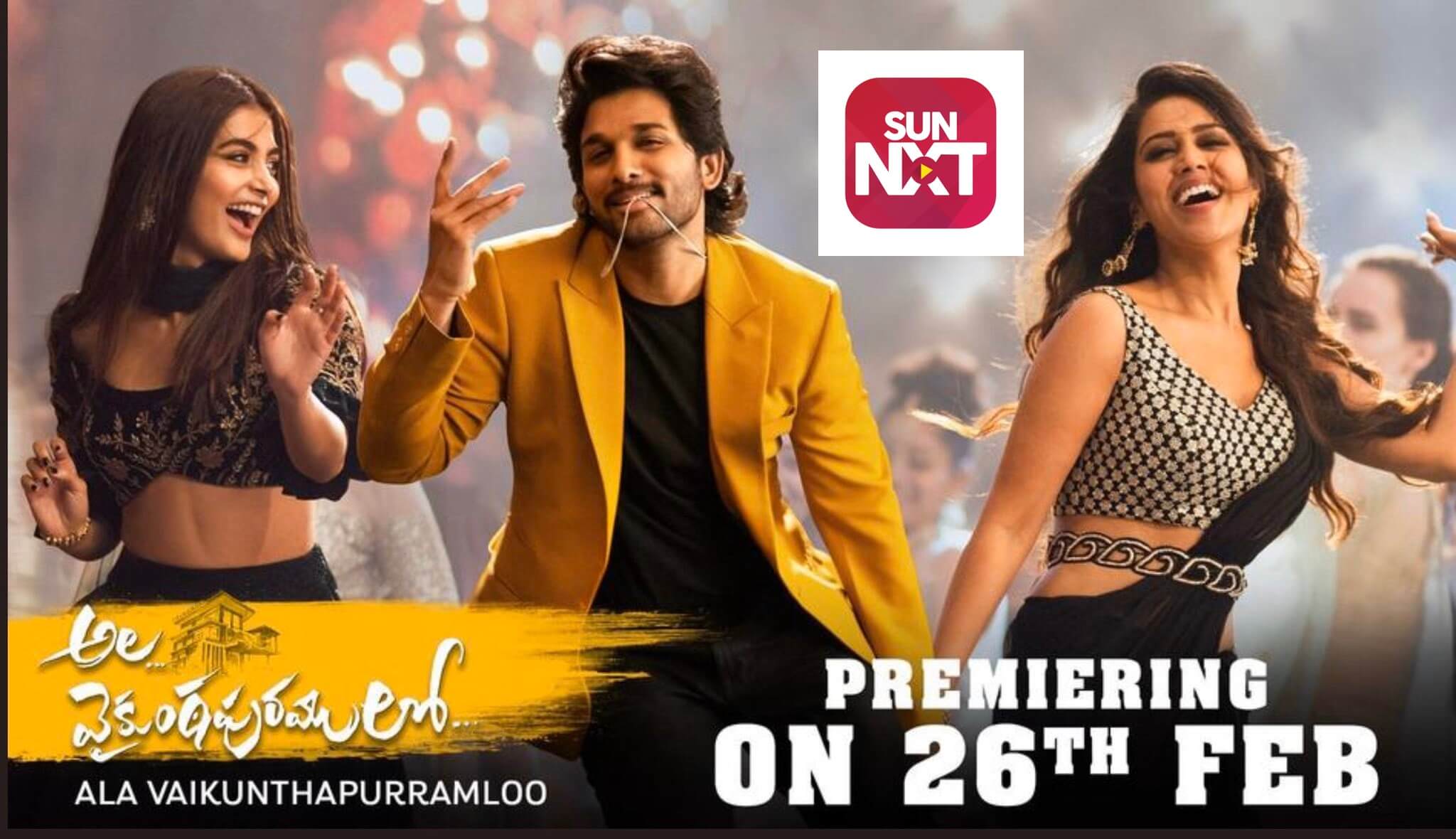 Ala Vaikunthapurramloo Movie on Sun NXT: The digital rights of the Allu Arjun starrer Ala Vaikunthapurramloo is owned by the Sun NXT Network. The most awaited Telugu movie is all set to stream online from February 26, 2020. The film directed by Trivikram Srinivas also stars Pooja Hegde, Nivetha Pethuraj and Samuthirakani in the crucial roles.

Thaman composed the music for Ala Vaikunthapurramloo movie while cinematography was handled by P. S. Vinod. The film revolves around Bantu (Allu Arjun), a skilled middle-class man who is often neglected by his father Valmiki. What Bantu doesn’t know is that he’s actually the son of a businessman swapped by Valmiki with his own son to give the latter a comfortable life.

The film hits the big screens on 12 January 2020, on the occasion of Sankranti. Allu Arjun’s Ala Vaikunthapurramloo receives positive reviews praising the performances of Allu Arjun and Murali Sharma. Trivikram’s direction and Thaman’s music has also worked well in the film.