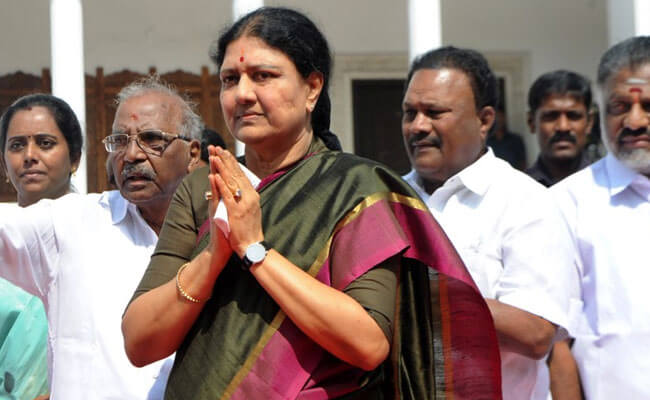 VK Sasikala, the Chief Secretory of AIADMK has been found guilty of the corruption by the Supreme Court along with two others, and all three would have to surrender to the police in Chennai. She has been imprisoned for four years and fined Rs.10 Crore. The judgment ends her high-decibel and divisive bid to be the Chief Minister of Tamil Nadu, and she was now barred from contesting in an election for the next ten years.

At 10:30 am, two judges of the Supreme Court has delivered their ruling separately, but has agreed that Ms.Sasikala had, in the early 90s, was accumulated in an illicit fortune. The case was formerly pivoted on late J.Jayalalithaa, the four-term Chief Minister with whom Ms.Sasikala has lived. As Ms.J.Jayalalithaa died in December, the judgment does not detail her role, and she was removed from the verdict list. 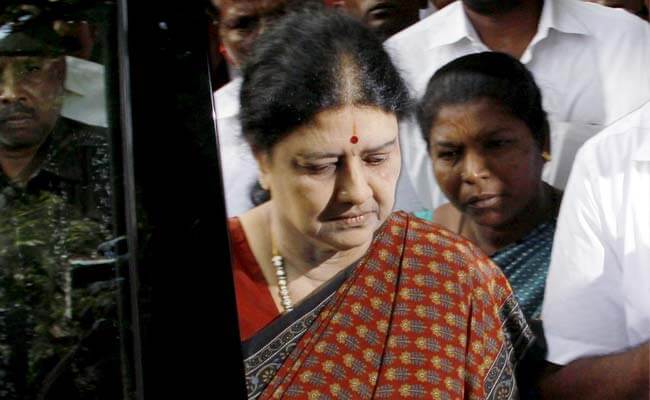 Sasikala has been imprisoned for four years and fined Rs.10 Crore.

However, the finding rips a huge part through the legacy of Ms.J.Jayalalithaa, beloved “Amma” to the lakhs of supporters who accorded her deity-like status and treated her with the religious fervor. The case has premised on the point that during her first term, Ms.J.Jayalalithaa misused her office to accrue about 60 Cores of assets in shared possessions with Ms.VK Sasikala and her male relations. Lately, they were disowned by the former and late CM of Tamil Nadu.

In 2014, both of them were detained in Bengaluru, where the case was first heard. After being excused by the highest court in Karnataka, Ms.J.Jayalalithaa had returned to her office and took charge as the CM of Tamil Nadu. The appeal against the dismissal was filed in the Supreme Court by the Karnataka government, which has executed the case.

As the judgment was delivered, Ms.Sasikaka along with 120 legislators from her party, the ruling AIADMK, was at a resort on the outskirts of Chennai, where they had been grouped for over a week to prevent them from shifting allegiance to her rival. Mr.O.Panneerselvam, who took over as the Chief Minister after the death of Ms.J.Jayalalithaa, who was his mentor.

As he was known as OPS, who had refused party orders to facilitate the promotion of Ms.Sasikala to the state’s top job. Instead, like her, he petitioned to the acting Governor C.Vidyasagar Rao for the right to take a trust based voting in the legislature to prove his majority, and he was the rightful head of the government.

To win the majority, the minimum number of votes needed was 117. Ms.Sasikala’s faction has gone about 125 of the party’s 134 MLAs, would now have to elect a new leader who would approach the Governor with a new request for the opportunity to prove his or her majority. 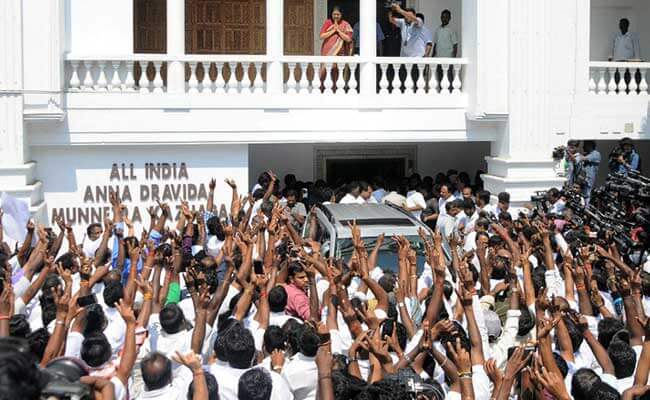 Mr.O.Panneerselvam now has about nine state lawmakers along with the 12 parliamentarians supporting him. They assert that because he was chosen three times by J.Jayalalithaa to stand-in for her as the Chief Minister when she had forced to take a breather on bribery charges, and Mr.OPS was her intended replacement.

Ms.Sasikala has never contested in any election so far not even for once within her party. Her clamor for the Chief Minister had driven the public outrage against her proposed promotion, with the social media campaigns and celebrities deriding her for trying to use the sheer force – a reference again to the sequestering of MLAs and to fulfill her political ambition.