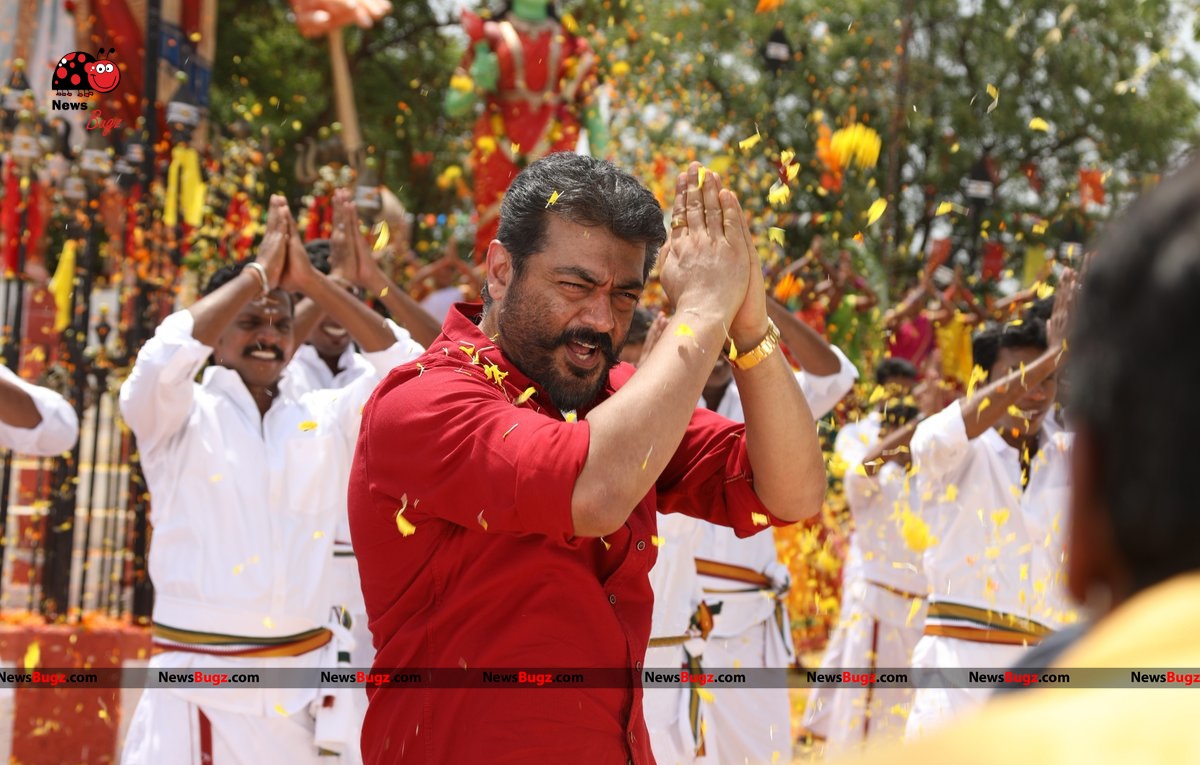 Viswasam is a Tamil action movie written and directed by Siva. Produced by Sathya Jyothi Films, Viswasam movie stars Ajith Kumar and Nayanthara in the lead role along with Jagapathi Babu, Anikha, Vivek, Robo Shankar, Thambi Ramaiah, Kovai Sarala and Yogi Babu in supporting roles. Music Director D. Imman has composed the songs and background music for this movie. With Vetri handling the cinematography work, Ruben has handled the editing work for this movie.

After Vivegam, Ajith and director Siruthai Siva are back again with the commercial film Viswasam. The film is filled with the element of emotion ranging from father-daughter sentiment to brilliant action sequences.

Ajith’s introduction scene is quite good and has an emotional touch to it. The combination scenes of Ajith, Nayanthara, and Anikha have come out well. The family emotions worked perfectly and the massy rain fight sequence is the highlight of the film. The first half of the film is filled with the festive mood and the second half has a dip with few low points. The mass moments that seen in the trailer of the film become the high points in the film as well. However, the film is a pucca family entertainer.