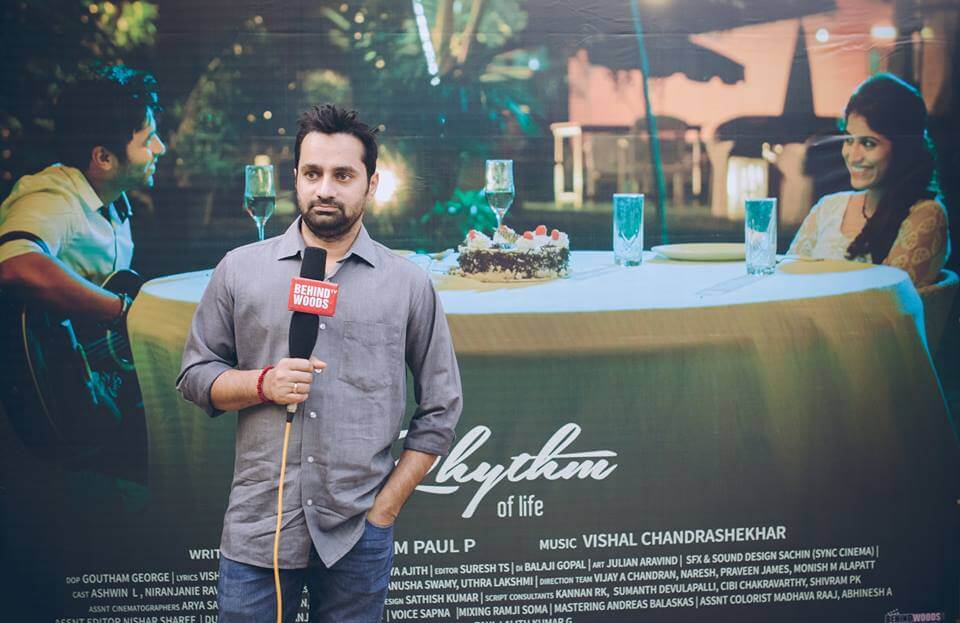 Vishal Chandrasekhar is a beautiful Indian Musician who is also working Music director, lyricist, Programmer. Moreover, he is a well known for composing film scores and soundtrack in both Tamil and Telugu movies. His debut Tamil movie is Hi Da which is not getting released and in the same year 2013 he composed music for Tamil and Telugu movies names Hrudayam Ekkadunnadi Telugu movie, Inam Tamil Movie. His upcoming movies are Simba, Kee, and Kadhalo Rajakumari. Check out below for Vishal Chandrasekhar Wiki, Biography, Age, Songs, Images.

Vishal Chandrasekhar was born in Chennai, Tamil Nadu, he was born and brought up in Chennai as well. Vishal Chandrasekhar Family and parents details will be updated soon. He did his schooling in Kendriya Vidyalaya Meenambakkam, Chennai after his schooling he did his graduation in Anna University, Chennai. Vishal Chandrasekhar has been started playing keyboard at the age of six and started to give a solo stage show at the age of 10. As he did his graduation in Anna University with his masters in Electronic Media, later he worked in nearly 450 short films and 250 ad jingles. Then in the reality show Nalaya Iyakkunar he is declared and appreciated as the best music director which is held on Kalaignar TV. Then finally he completed his foundation course at the KM Music Conservatory. He started his debut with Brindha Das’s Hi Da but it was not released. After this movie, he got a chance in Santhosh Sivan movie Inam in the year 2014 and he received positive reviews among the people. At the same time, he completed his work in a Telugu movie Hrudayam Ekkadunnadi, with that he worked in a science fiction movie Appuchi Gramam.

Then he received the critical acclaim for the movie Jil Jung Juk in the year 2015 in this movie he worked with the featuring music composers Anirudh Ravichander, Santhosh Narayanan and Sean Roldan in the album. In this movie, Shoot the Kuruvi has become a noticed song after he started achieving the stars working in different movies. Now he is working on several projects such as Simba, with that he launched his independent music Rhythm of life a music video. This music was directed by  Sam Paul P and the lyrics of the songs were penned by Vishnu Edavan the singers of this Music video is Yazin Nizar and Kavya Ajith respectively. His track named Naan Raaman Illai was launched by Sony Music Entertainment in May 2017.