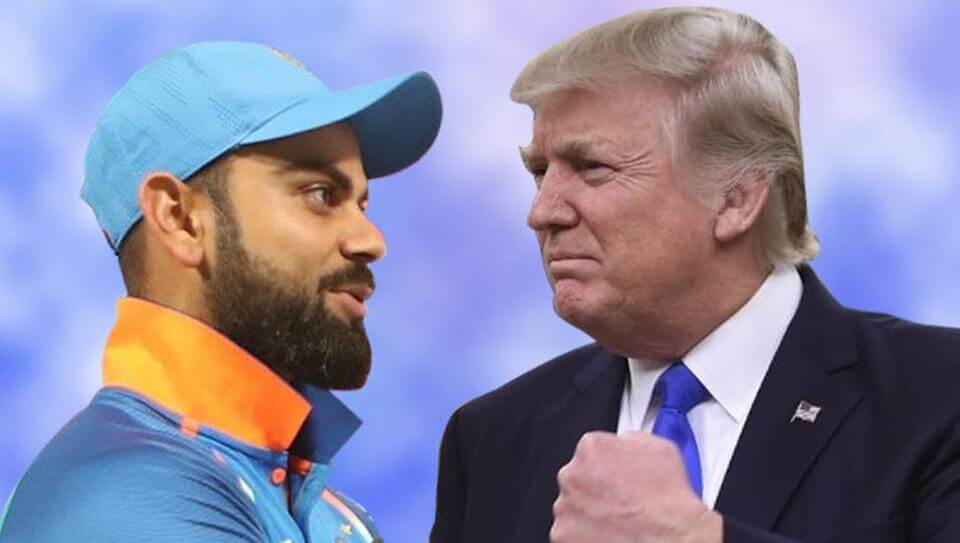 The Australian media are gunning for Virat Kohli, the India cricket team captain’s head it seems after terming his style as ‘dictatorial.’ The Daily Telegraph compared Kohli with the recently elected American President Donald Trump. The star cricketer has, however, found the support from an unexpected quarter. Indian cinema great Amitabh Bachchan gave a witty reply to the Australian media on comparing Kohli with Donald Trump.

The opening line of the Daily Telegraph report on Tuesday was ‘Virat Kohli has become the Donald Trump of world sport,’ a day after Australia managed to salvage a draw in the third Test of the series in Ranchi. The article headlined as ‘ Virat Kohli’s Donald Trump-like contempt for the truth making a mockery of the game‘ goes on to say how the International Cricket Council has allowed the Indian captain to make a mockery of cricket.

The article said that the Test captains, under the rules of the game, are supposed to be the flag-bearers for upholding the spirit of the match. It also added that yet the International Cricket Council (ICC) has allowed the Indian captain to destroy one of the foundations on which the game has been played for more than a century. 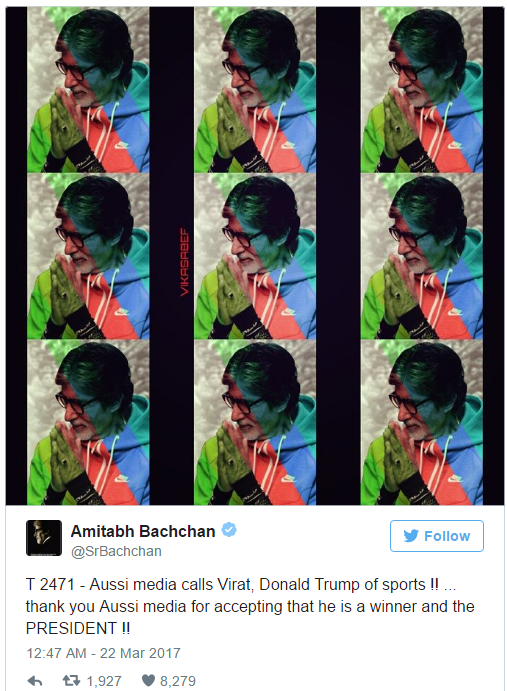 “The fact that Kohli has not been sanctioned for calling the Australians systematic cheats or his latest unfounded attack on Smith shows that he is completely untouchable. It also said that the ICC would not charge him, and not even the BCCI, who through their broadcaster has apologised to Smith, can get their skipper to tow the party line.

In another piece on Kohli, The Daily Telegraph said as quoted “Virat Kohli’s captaincy is an iron-fisted dictatorship, and Australia must brace themselves for the attack of the clones in Ranchi. Kohli might be a cricketing tyrant and an enemy of democracy, but the only ones feeling oppressed are those on the other team.”

“Australia is dealing with a single-minded enemy in the third Test beginning on Thursday, who have taken on the zealous mindset and beliefs of a captain who refuses to show the weakness and demands greatness.” Kohli-led India is currently tied 1-1 in a Test series with Australia, with the fourth and last Test set to begin on Saturday in Dharamsala.

Aadhaar Might Become The Only Identity Card In Future, To Help Curb Tax Fraud-Jaitley