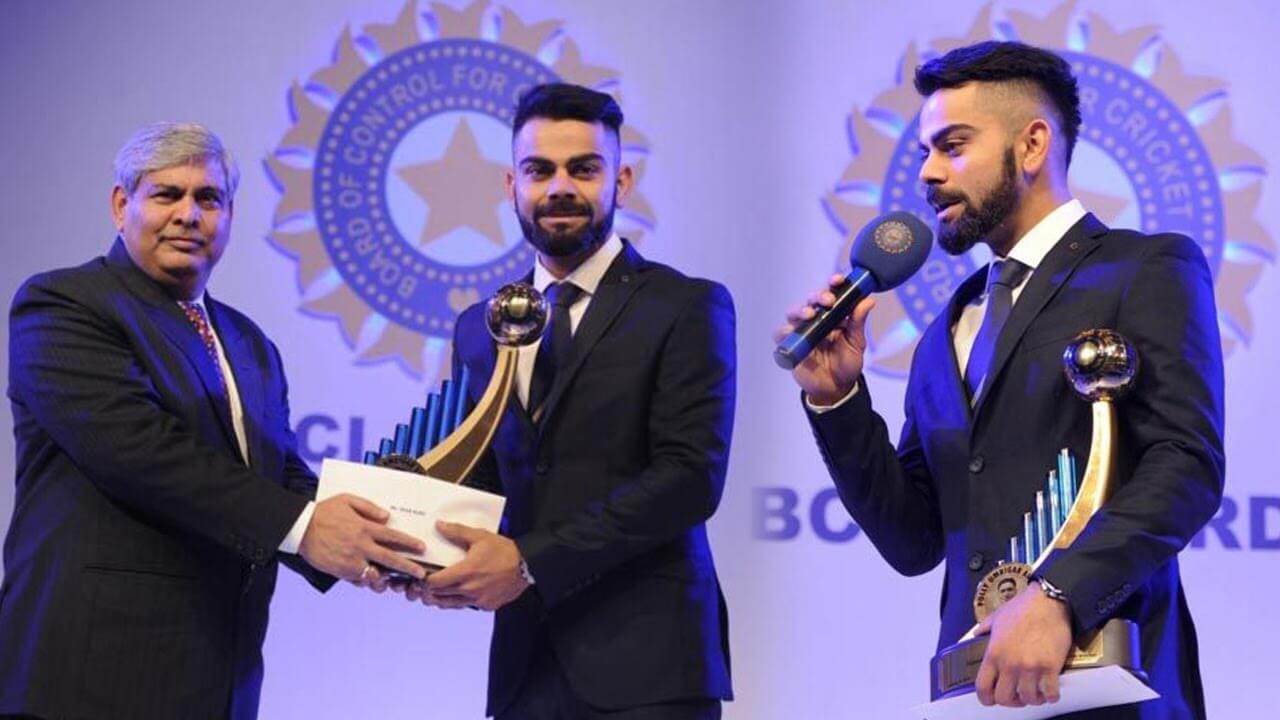 Indian Cricket Team Virat Kohli will be awarded the Polly Umrigar Award for his performances over the past two seasons, while World Cup Stars, Harmanpreet Kaur and Smriti Mandhana were chosen for the women’s equivalent of the honor, the BCCI announced.

In a statement, BCCI said, “Following his phenomenal show in the past two seasons, Virat Kohli will be awarded the prestigious Polly Umrigar Award for the best international cricketer for past two seasons (2016-17 and 2017-18) at the BCCI Awards which will be held in Bengaluru on June 12.” BCCI acting President C K Khanna said, “For BCCI, it is an opportunity to show its gratitude towards cricketers who enrich this game with their skills and hard work.”