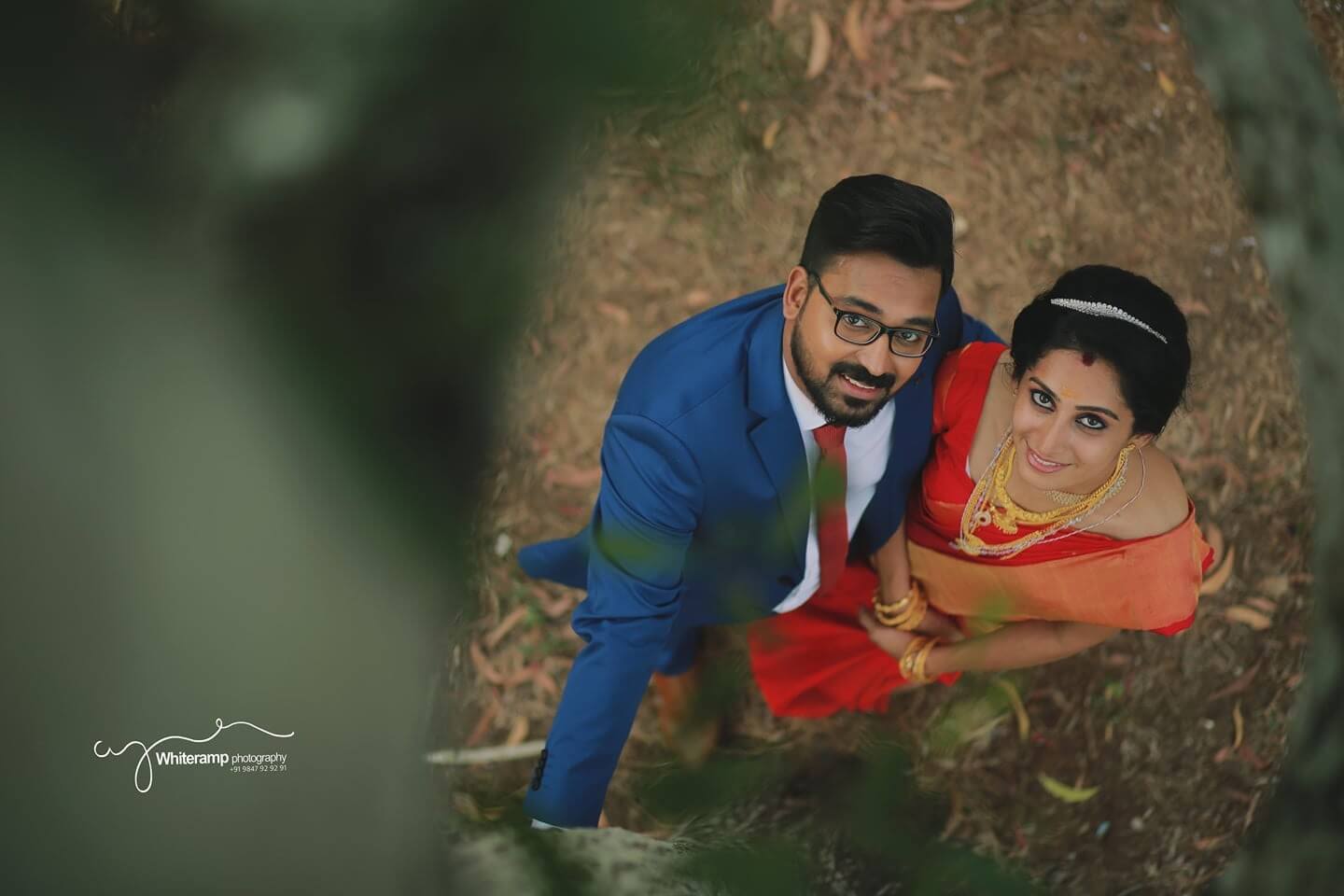 There is a Quote state “One needs to work hard in order to reach great heights.” But for Vishnu, a photographer from Thrissur, the quote become literally true. He climbed a tree in pursuit of the perfect frame, and a video of his acrobatic skills made him popular overnight. The 23-year old balanced himself upside down from a branch and got the frame that he envisioned. The video also shows after taking the still from the tree, he asked the groom to hold his camera, and he jumped effortlessly from the tree and walked away like a boss! Check out below to see the Viral Video of Photographer Hanging Upside Down from Tree. 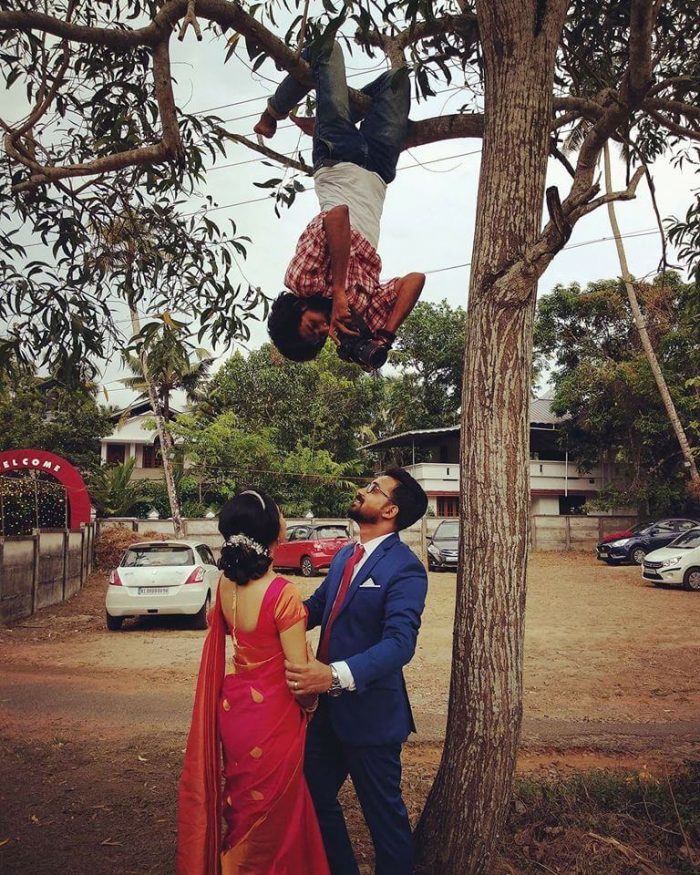 He is working with a wedding photographers group called “Whiteramp“, and he was one of the team members who covered the wedding of Shiaz and Navya on April 15. With this video, Vishnu is now making waves on social media’s. His action has left some people laughing, but other also lauded him for his dedication to photography.

Narrating the story behind the viral video, Vishnu said:

“After the wedding, we were shooting outside the groom’s house. When I saw a tree in front of his house, I suddenly had an idea of taking a photograph from a top angle. When I told the couple, they said okay and so I climbed the tree and attempted the click.”