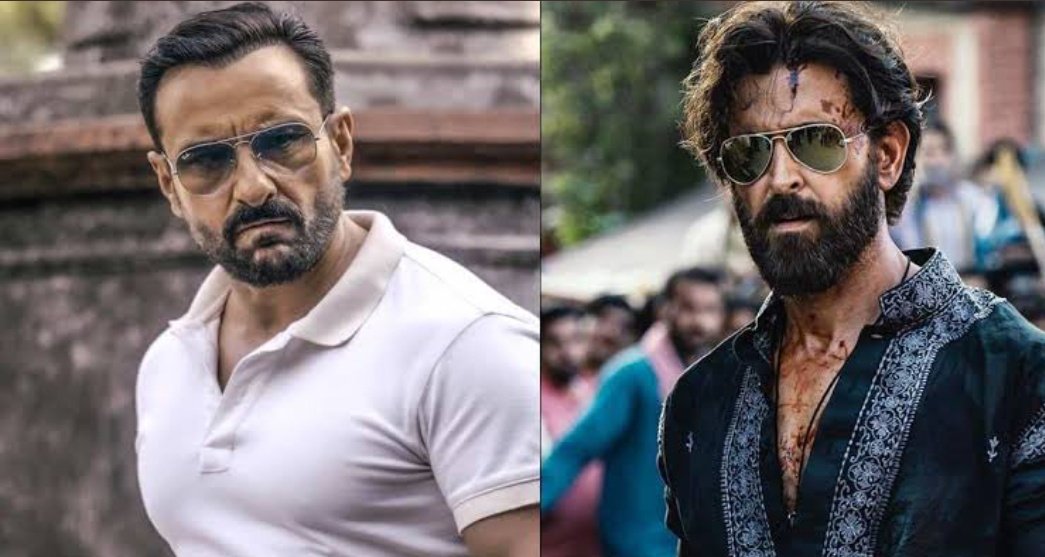 Vikram Vedha, the Hindi version of the film is gearing up for the big screens on September 30. On the other hand, the makers released the official Vikram Vedha teaser video on 24th August. The film is directed by award-winning director Pushkar-Gayathri. The Bollywood hunk Hrithik Roshan and Saif Ali Khan take the lead role in the plot. It is to be noted that the Tamil version of Vikram Vedha grabbed multiple awards in various events.

This intense action venture is produced by Bhushan Kumar & S. Sashikanth under Y NOT Studios. The movie also stars Radhika Apte, Rohit Saraf, Yogita Bihani, Sharib Hashmi, and Satyadeep Misra in promising roles. The plot of the tale narrates between Good and Evil, in which the choice that you make brings truth to life. The film will be hitting the theatres soon, and hopefully, it would be a better comeback for the Bollywood industry, after the consecutive loss.