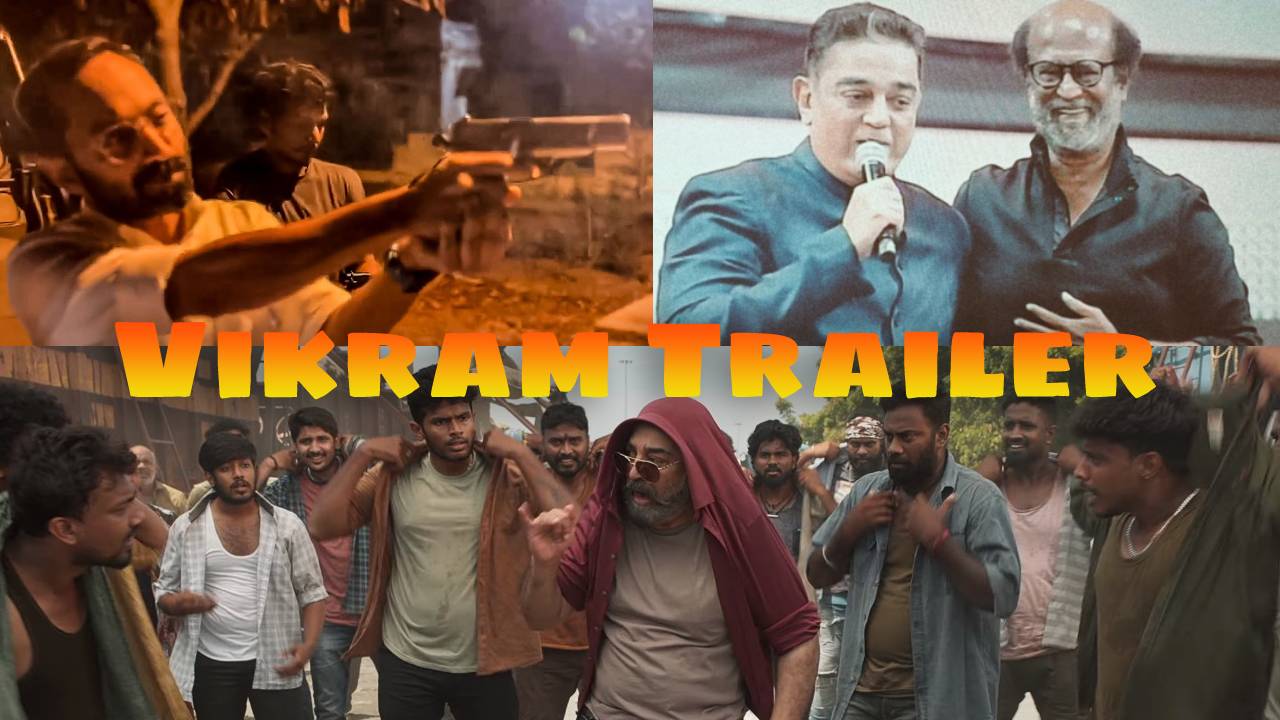 Vikram Trailer (2022): A grand audio and trailer launch for Kamal‘s action drama Vikram is going to be held at Nehru Stadium, Chennai on May 15, 2022. The top Kollywood celebrities like Rajinikanth, Vijay, and Surya are the chief guest for the event. This brings an adrenaline-pumping experience to the audience. Vikram movie stars Kamal Haasan, Fahadh Fassil, and Vijay Sethuapthi in major roles. It is directed by Lokesh Kanagaraj. Anirudh Ravichander has done the thundering muzzle effects and supersonic sounds. As the film is scheduled to release on June 03. The moviemakers went crazy over the promotions that bring much hype to the fans, netizens, and social media.

The film also has supporting casts like Kalidas Jayaram, Gayathrie Shankar, Narain, Arjun Das, Antony Varghese, Chemban Vinod, and Shivani Narayanan. Vikram movie audio and trailer will be officially launched on May 15 at 07:00 pm. On the other hand, fan-made teasers, and trailers were rounding on the internet for download. Vikram’s first single Pathala Pathala has garnered over 20M+ views in two days and still counting. Fans are excited about the official Vikram trailer release and also awaiting to download Vikram Ringtones, Vikram Bgm, and Vikram Theme Music from the tracks.

Check out the full details of Vikram Tamil movie 2022 here,