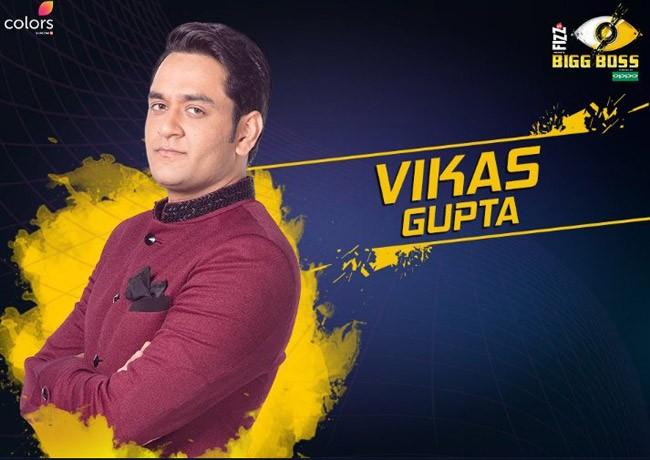 Vikas Gupta, the participant of the reality show “Bigg Boss 11” is a producer and scriptwriter of Indian Television serials. His famous productions are Kaisi Yeh Yaariyan, Gumrah, and MTV’s Webbed. Vikas was born in Dehradun, Uttarakhand, India. He was brought up and did his schoolings in his hometown only. Then he moved to Mumbai and joined Bhimsain Khurana to begin his career as a writer. Check out below for Vikas Gupta Biography, Wiki, Bigg Boss, Age, Career and Family Details.

Vikas was born and brought up in Dehradun. His mother’s name is Sharda Gupta and he has three siblings (Komal Gupta, Watan Gupta and Siddharth Gupta). He did his schoolings in his hometown. Vikas then moved to Delhi for his higher studies. Due to some issue, the college was shut down. Hence, he moved to the Rai university of Ahamadabad to complete his graduation.

He moved to Mumbai to pursue his career in the cine field. Vikas joined Bhimsain (Famous director in 1977) and pursued his career as a writer. Later he moved to various other directors and assisted them. Then he was appointed as a “Creative Head” in entertainment firm for ‘Mahabharat’, ‘Kynki Saas Bhi Kabhi Bahu Thi’, ‘Kis Desh Mein Hai Meraa Dil’ and other famous television serials as well.

After gathering experience in the field with a lot of confidence, he started his own production company “A Lost Boy Productions”. He produced many television shows under this banner. Some of the shows are as follows “End of Innocence”, “The Serial”, “Yeh Hai Aashiqui”, and “MTV Webbed”. He was also successful as a scriptwriter.