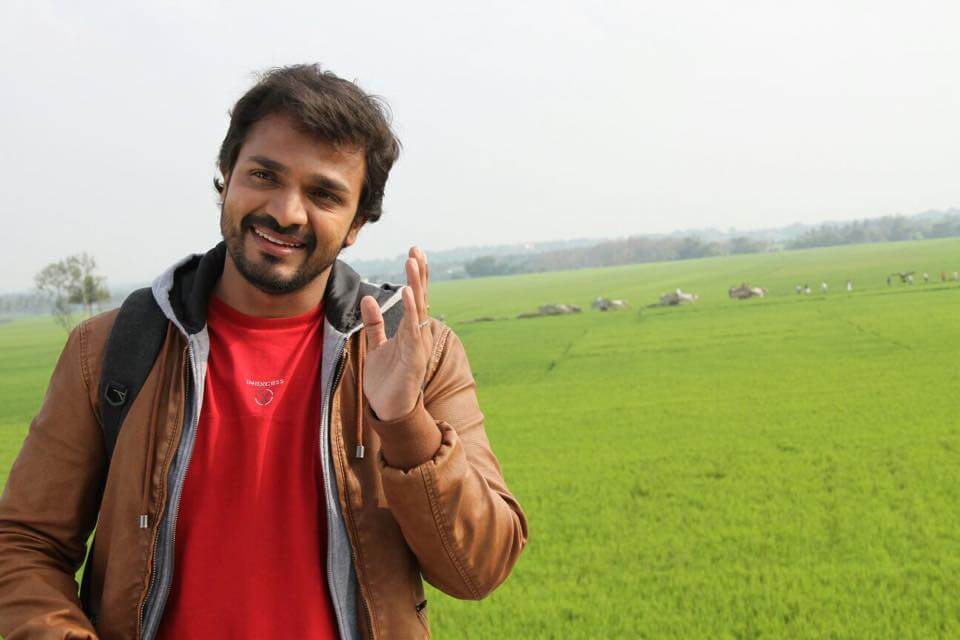 Vijay Raghavendra is an Indian movie actor, who primarily works in the Kannada film and television industry. He made his acting debut with the Kannada movie titled “Chalisuva Modagalu,” as a child artist in the year 1982. He acted in his first television serial titled “Attige” in the year 1998. Check out below for Vijay Raghavendra Wiki, Biography, Age, Movies List, Family, Images and more.

Vijay Raghavendra was born on 26 May 1979 in Bengaluru, Karnataka, India. Vijay Raghavendra family is now residing in Bengaluru, Karnataka, India. His father name is S. A. Chinne Gowda, a Kannada movie producer and his mother name is Jayamma. He has a brother named Sriimurali, a Kannada movie actor. He is the cousin of actors Shiva Rajkumar, Raghavendra Rajkumar and Puneeth Rajkumar. His schooling details will be updated soon. He finished his graduation in Seshadripuram Degree College & Poorna Prajna Education Centre, Karnataka. Vijay Raghavendra wife name is Spandana, daughter of Assistant Commissioner of Police, B. K. Shivaram and they got married on 26 August 2007. The couple has a son named Shourya.

In the year 2002, Vijay Raghavendra starred in the movie “Ninagagi,” which is his first lead role movie. In that movie, he acted with Radhika. In the same year, he signed for two more movies Prema Khaidi and Romeo Juliet. His notable movies are Kallarali Hoovagi, Rishi, Khushi and Kaaranji. In the year 2012, he appeared in the multi-starrer comedy film titled “Snehitaru,” and it received a mixed response at the box office. He also acted in a biographical movie “Shivayogi Sri Puttayyajja,” and for that movie he received the State Film Award for Best Actor. In the year 2013, Vijay Raghavendra appeared as a contestant on India’s famous television reality show Bigg Boss Kannada Season 1 and he became the winner. In 2018, he worked in the movies like Raja Loves Radhe, Kismat and Nimagagi.