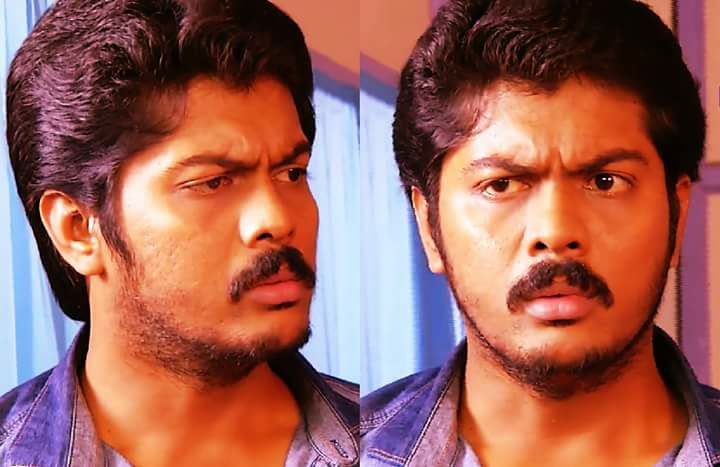 Vicky Krish is an Indian Television Actor who is currently acting in mega serials of Sun Tv and Vijay TV. He made his debut in Television industry through the serial “Kana Kanum Kalangal” which was one of youth sensation at the time when it was telecasted. He is currently working on Radaan’s production in a serial called “Vani Rani” which is getting telecasted in Sun TV. Check out below for Vicky Krish Wiki, Biography, Age, Serials, Wife, Children and other details:

Vicky Krish aka Vignesh Kumar was born and brought up in Madurai, Tamil Nadu, India. He did his schoolings at Siddhu Matriculation Higher Secondary School, Madurai and moved to MSS Wakf Board College to pursue his graduation. He was given an opportunity to make his debut in the most famous Tamil serial “Kana Kaanum Kalangal” which was telecasted in Vijay TV. The serial was one of the most watched serial and it had a huge casting as it was based on school life. Vicky was a part of the serial.

After that, he moved to Sun Tv to act in the serial “EMI-Thavanai Murai Vazhkai”. His role was named Gowtham and he is the son of Vani in the serial. He is playing the role of a cop. He also played a role in Sun TV’s Ilavarasi serial. Currently, He is working on a new project along with Vijay Tv. He is making his debut as a lead in Vijay TV’s serial “Ponmagal Vanthal“. He is acting in the lead role opposite to Ayesha. The serial is getting telecasted starting from 26th February 2018 at 2.00 pm every weekday.

He is married to Haripriya and they are blessed with a baby. They named their baby as “Sai Prithvi“.

Vicky Krish With his wife

Vicky Krish with his wife Haripriya