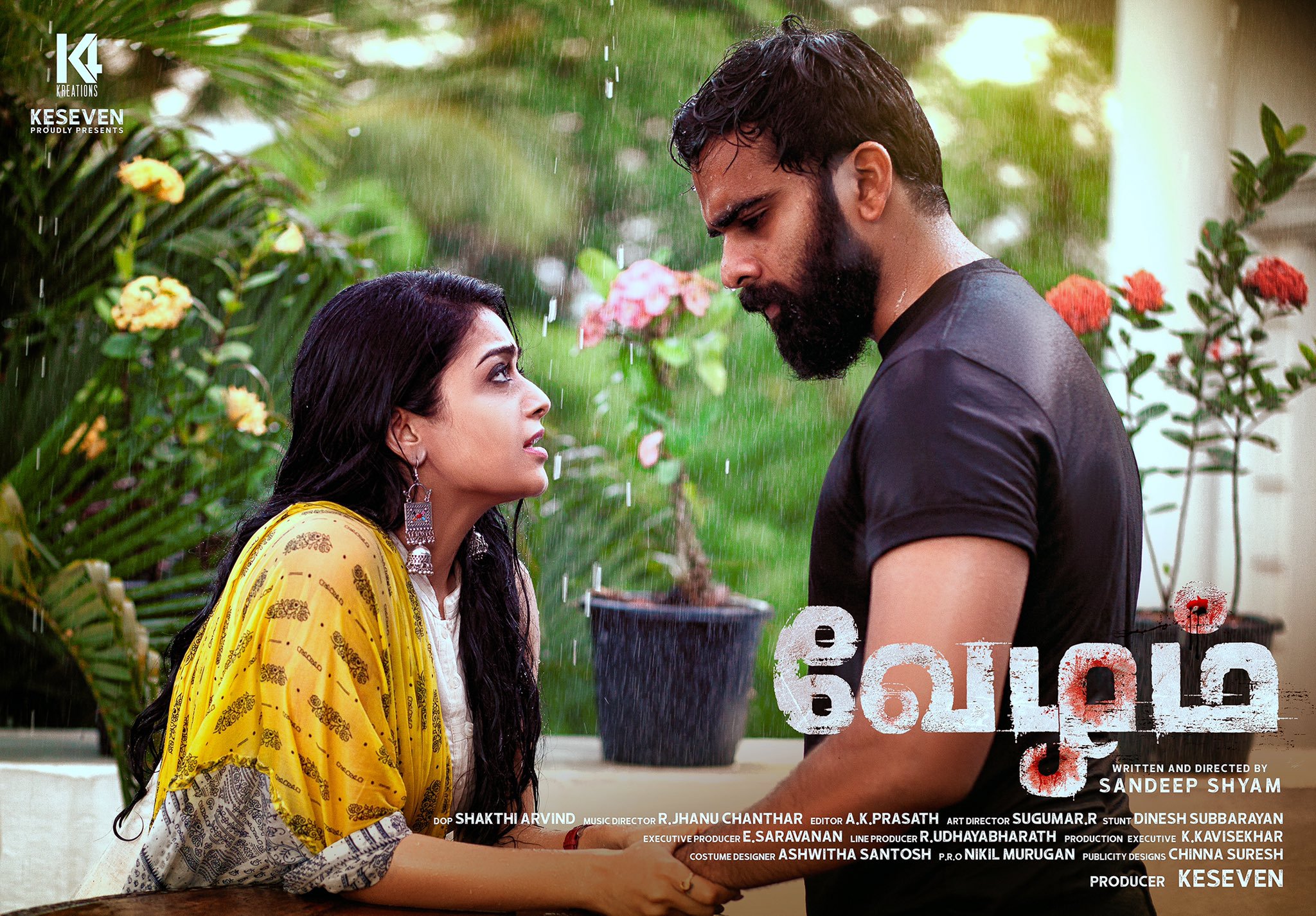 Vezham is a Tamil movie written and directed by debutant Sandeep Shyam. The romantic thriller stars Ashok Selvan, Janani Iyer of Bigg Boss Fame, and Iswarya Menon of Tamil Padam 2.0 fame in the lead roles. The movie is set to release on June 24, 2022.

Vezham Tamil movie stars a bunch of newcomers who have been part of many short films. Some of them are Sangili Murugan, PL Thenappan, Kitty, and Shyam Sundar. Music director Jhanu Chanthar will be composing the music for the film while Shakthi Arvind who is an associate of George C Williams handles the camera. The film was bankrolled by K4 Kreations and SP Cinemas.

In an interview, the director says that the film shows Ashok Selvan in two different shades. “He will be an innocent youngster who leads a peaceful life with his circle of friends and family in one segment, but becomes a different person after the tragedy,”.

He also added that the story happens in two different time periods, and both the female leads have equally important roles. “Janani Iyer plays the role of the writer while Ishwarya Menon will be seen as a woman who has studied abroad and come back to Ooty. She lives with her rich and sophisticated family,”

An announcement of the Vezham OTT release date will be finalized soon. After the official theatrical release, the film will be streamed on the ZEE5 platform. Stay tuned with NEWSBUGZ.COM to know where to watch and download Vezham (2022) online.

6 Bollywood Films That Did Not Need a Sequel