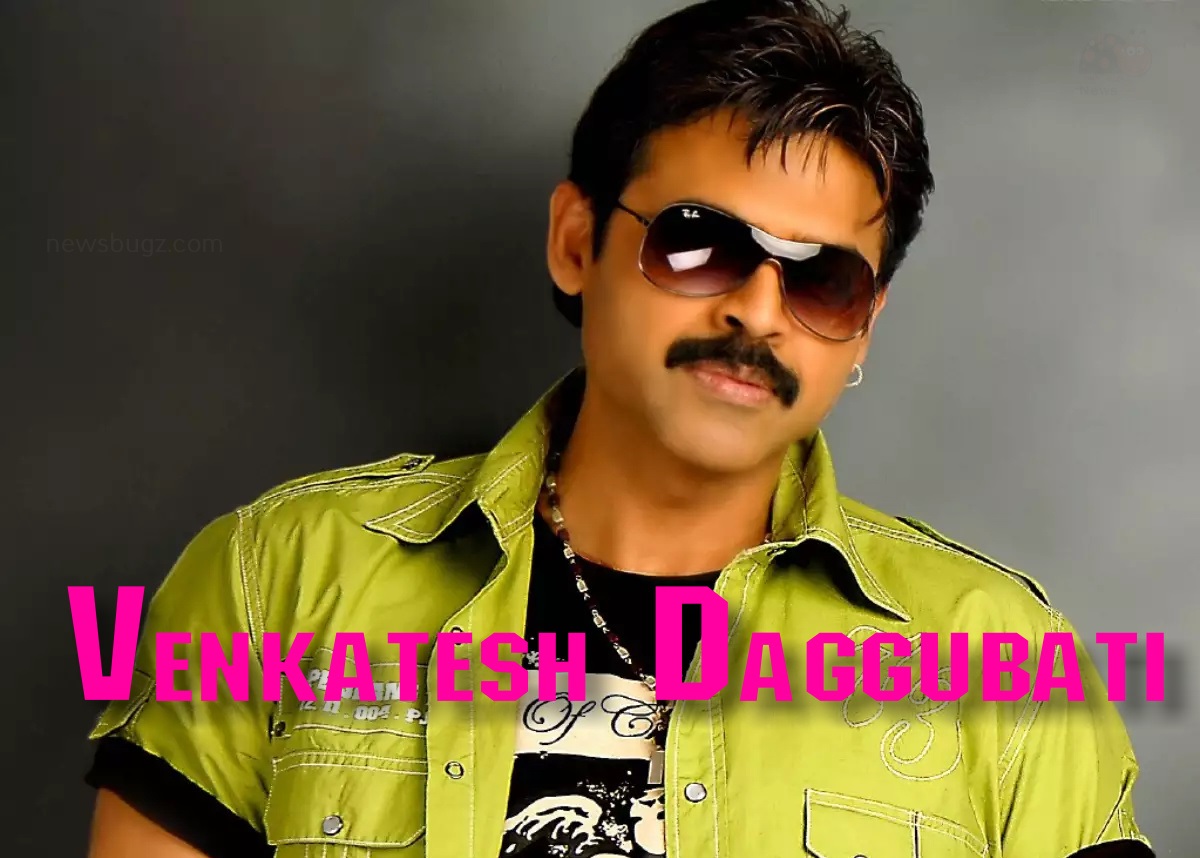 Venkatesh Daggubati is an Indian movie actor, who predominantly appears in the Telugu film industry. He is spanning an acting career of 30 years, with that, and he is well known for his acting. He made his debut Telugu movie Kaliyuga Pandavulu in this movie he appeared in the role of Vijay which is directed by K.Raghavendra Rao in the year 1986. Moreover, he appeared in a variety of roles in Telugu cinema and in a couple of films in Bollywood. He grabbed seven state Nandi Awards and five Filmfare Awards for his best acting. His movies like Aata Naade Veta Naade, F2 – Fun & Frustration, VENKY 74 and VENKY75 are huge sucess. His recent movie F3 was a huge success and it is well received by the audience.

Venkatesh Daggubati was born on December 13, 1960, in Karamchedu, Prakasam, Andhra Pradesh State, India. Venkatesh Daggubati family is now residing in Film Nagar, Hyderabad, Telangana, India. His father’s name is Ramanaidu Daggubati who is a film producer as well as a former MP and his mother’s name is Rajeswari Daggubati. He has an elder brother named Suresh Babu Daggubati who is running the Suresh Productions and has a younger sister named Lakshmi. He did his schooling in Don Bosco, Egmore, Chennai and did his graduation in Bachelors in Commerce from Loyola College, Chennai and he did his post graduation at Middlebury Institute of International Studies at Monterey, USA. Once he returned to India and he entered into the film production but he becomes an actor in Telugu films. Venkatesh Daggubati’s wife’s name is Neeraja Daggubati and they got married in the year 1985, and his couple has four children named Aashritha Daggubati (Daughter), Bhavana Daggubati (Daughter), Hayavahini Daggubati (Daughter), Arjun Daggubati (Son).

He started his acting career in the year 1971 as a child artist in the movie Prem Nagar. He made his debut Telugu movie Kaliyuga Pandavulu in the year 1986, and for this movie, he got a Nandi Award for best male debut actor. At the beginning of his acting career, he acted in the movie Swarnakamalam and the movie is directed by K Viswanath and was showcased at the 1989 International Film Festival of India he grabbed the second Nandi Award for his performance. Venkatesh Daggubati then appeared in a movie titled Kshana Kshanam which is directed by Ram Gopal Varma and he appeared along with Late actress Sri Devi, with that, it has reached a box office hit in its second run. Then he appeared in various Telugu movies in the following years and he grabbed more awards for his performance as well. Then in the year 24 April 2010, he signed a with Manappuram General Finance and Leasing Ltd that he is the brand ambassador for Andhra Pradesh.

Check out the cool new photos of Venkatesh Daggubati,