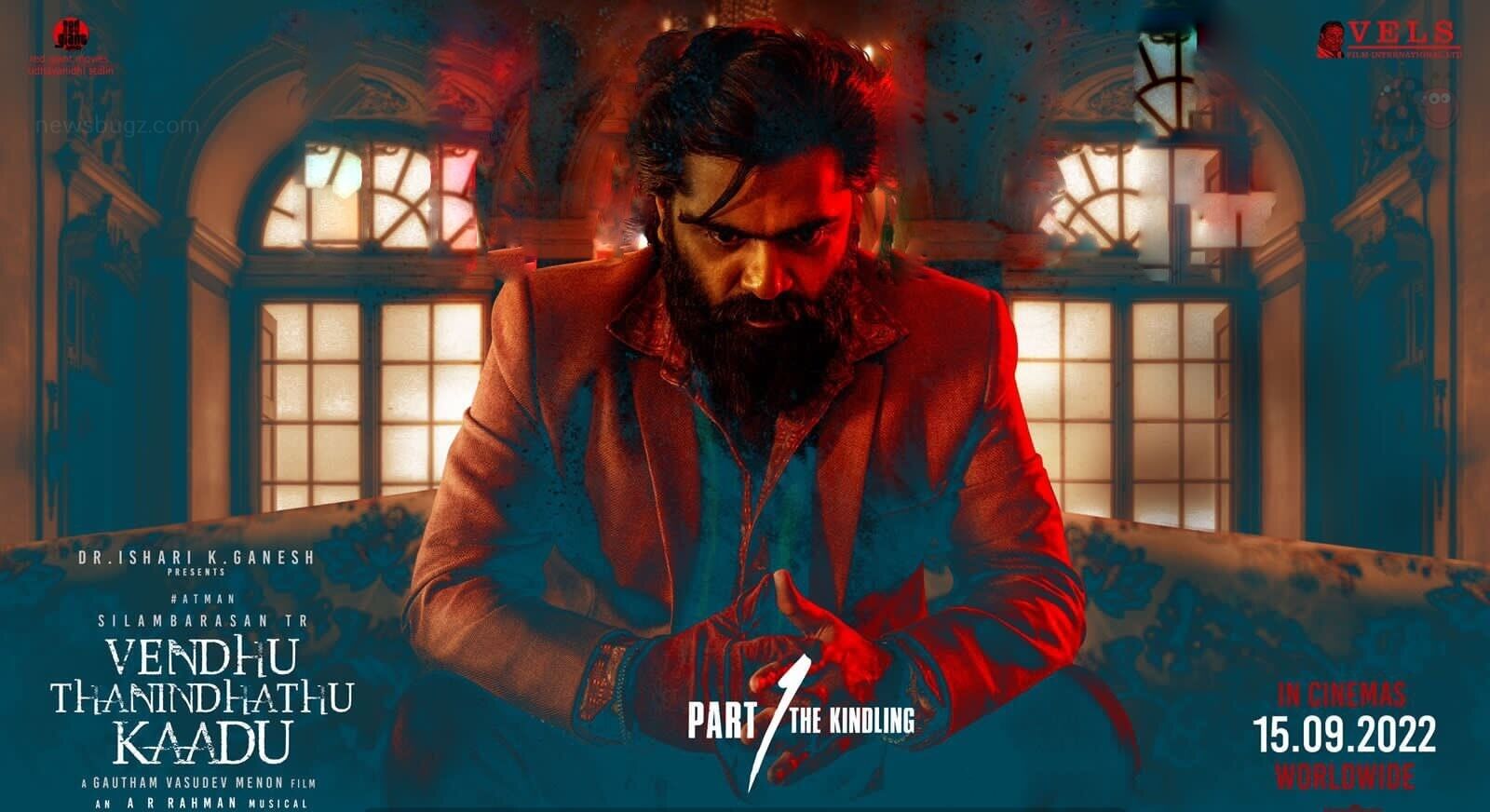 Vendhu Thanindhathu Kaadu is the latest movie starring Silambarasan in the lead role. The film was directed by Gautham Vasudev Menon and written by B Jeyamohan of Sarkar fame. The music was composed by AR Rahman. The film was initially titled “Nadhigalilae Neeradum Suriyan”. It is the second collaboration of the trio GVM, AR Rahman, and Simbu after Vinnaithandi Varuvaya and Achcham Yenbadhu Madamaiyada. Siddhi Idnani plays a female lead role in Vendhu Thaninthathu Kaadu. The film was released in theatres on September 15, 2022.

Thamarai pens the dialogues and lyrics. The film was bankrolled by Dr Ishari K Ganesh under the banners Red Gaint Movies and Vels Film International. The film also stars Radhika and Kayadu Lohar in prominent roles. The audio rights of the film were acquired by Think Music India.

Vendhu Thaninthathu Kaadu Movie OTT release date and platform announced will be made soon. It is touted that Netflix might acquire the streaming rights for this film. Stay tuned to newsbugz to know more details about the movie.