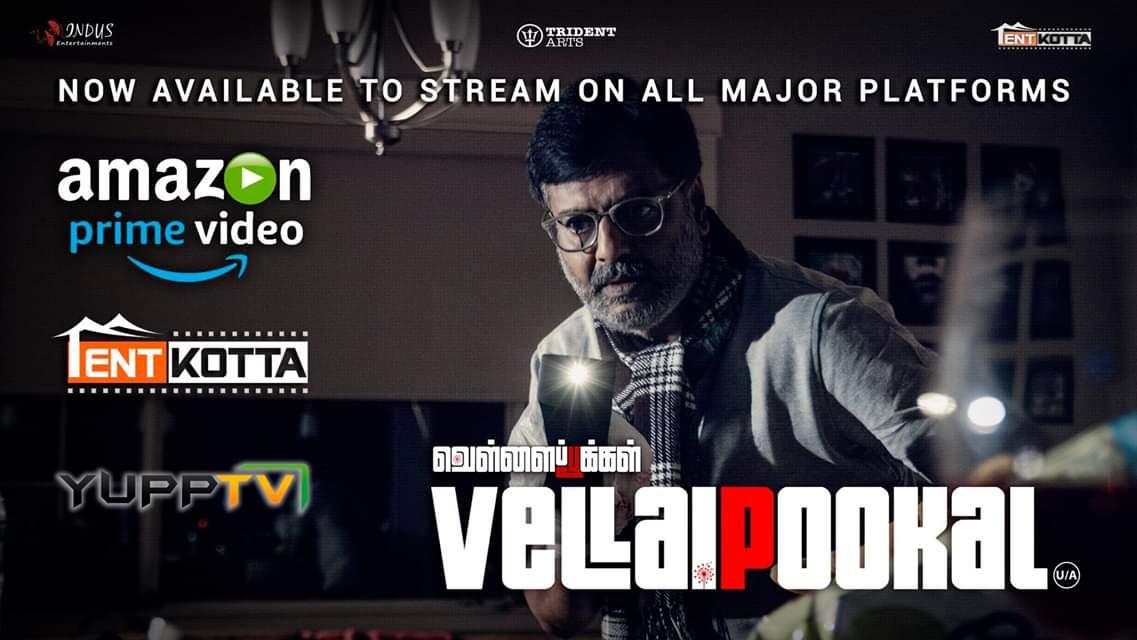 Amazon Prime Video is now streaming the blockbuster tamil film Vellai Pookal. A little over a month after its release, the film starring Vivek, Charlie, and Pooja Devariya is now streaming on the internet from May 03, 2019. The thriller film was written and directed by Vivek Elangovan. Produced under Indus Entertainments, Trident Arts and Tentkotta banner, the movie receives a good reviews from both critics and audiences as well. Not only in Amazon, the crime thriller is also streams on Tent Kotta and YuppTV.