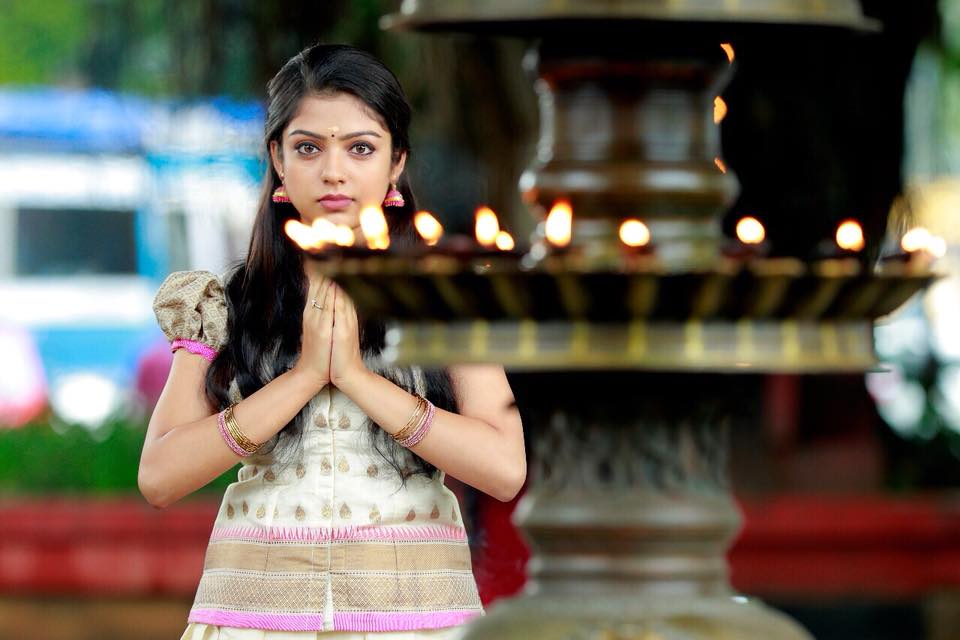 Varsha Bollamma is a south Indian actress featured in Tamil, Telugu, and Malayalam films. Initially, she was often referred to as Nazriya Nazim‘s doppelganger, and many assumed she was Nazriya’s twin sister. Varsha made her acting debut in the Tamil film Sathuran.

She then acted in films like Ivan Yaar Endru Therigiratha, Yaanum Theeyavan, 96, and more. She made her Mollywood debut through Kalyanam released in the year 2018. Varsha was born in Coorg and raised in Bengaluru. She rose to prominence after appearing in films with Vijay Sethupathi, and Trisha. Some of her Telugu flicks are Choosi Choodangaane, Stand up Rahul, Selfie, and Swatimutyam.

Take a look at the latest pictures of Varsha Bollamma,