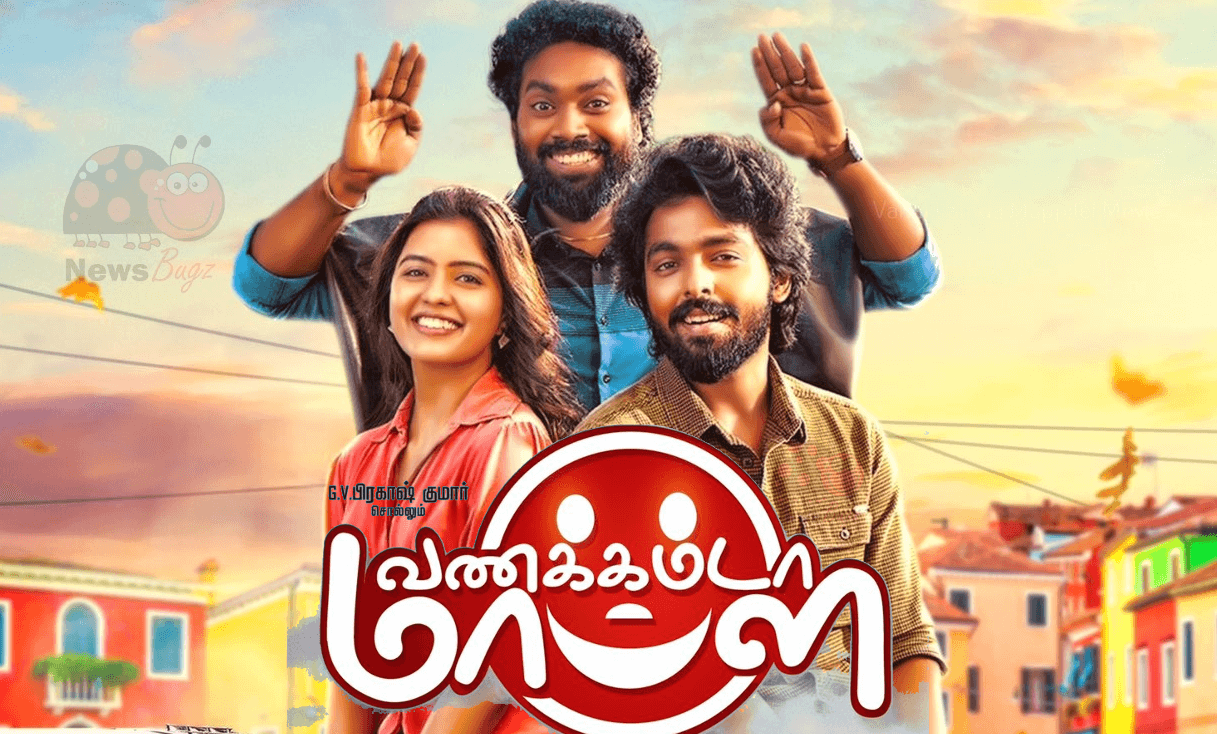 Vanakkamda Mappilei is a Tamil language comedy-drama starring GV Prakash Kumar in the lead role. The film is directed by M Rajesh known for rom-com films like OK OK, Boss, & more. The title “Vanakkamda Mappilei” is a popular punch from a TikTok user from Theni. The satellite rights of the film were acquired by Sun TV. According to sources, Vanakkamda Mappilei movie will be exclusively aired on television (SUN TV). Let’s wait for the official confirmation. If it is telecast directly on TV, the movie joins the list of Pulikuthi Pandi and Aelay.

Bigil fame Amritha Aiyer plays a female lead role in the film while Daniel Annie Pope portrays the friend character of GV Prakash Kumar. It is the second collaboration of GV Prakash and Rajesh after Kadavul Irukaan Kumaru.