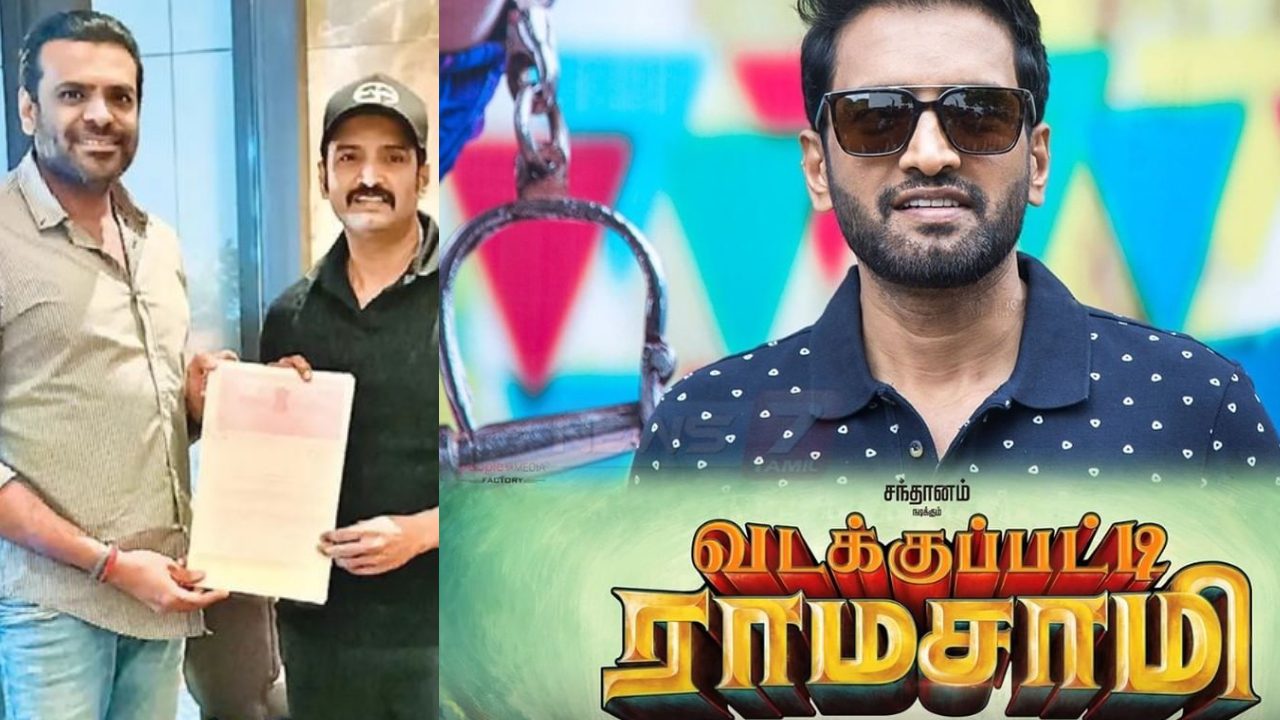 Vadakkupatti Ramasamy is an upcoming Tamil comedy drama helmed by Karthik Yogi. Actor Santhanam teams up once again with director Karthik after the successful hit of Dikkiloona. It is bankrolled by T.G.Vishwa Prasad under the People Media Factory banner. Music composer Sean Roldan has scored the background music and soundtracks. Cinematographer Deepak cranks the camera and editor T. Shivanandeeswaran is in the charge of cut and trim parts.

The makers have unveiled the title of the film. The story takes place in the Vadakkupatti village and Santhanam’s name in the film, which sets in the 60s. Vadakkupatti Ramasamy movie is in the shooting session and its release date will be announced near future.

Check out the main and lead cast of Vadakkupatti Ramasamy movie 2023,

An announcement of Vadukkupatti Ramasamy movie ott release date and streaming platform will be finalized soon.

The teaser and trailer of the Vadakkupatti Ramasamy movie will be released soon,