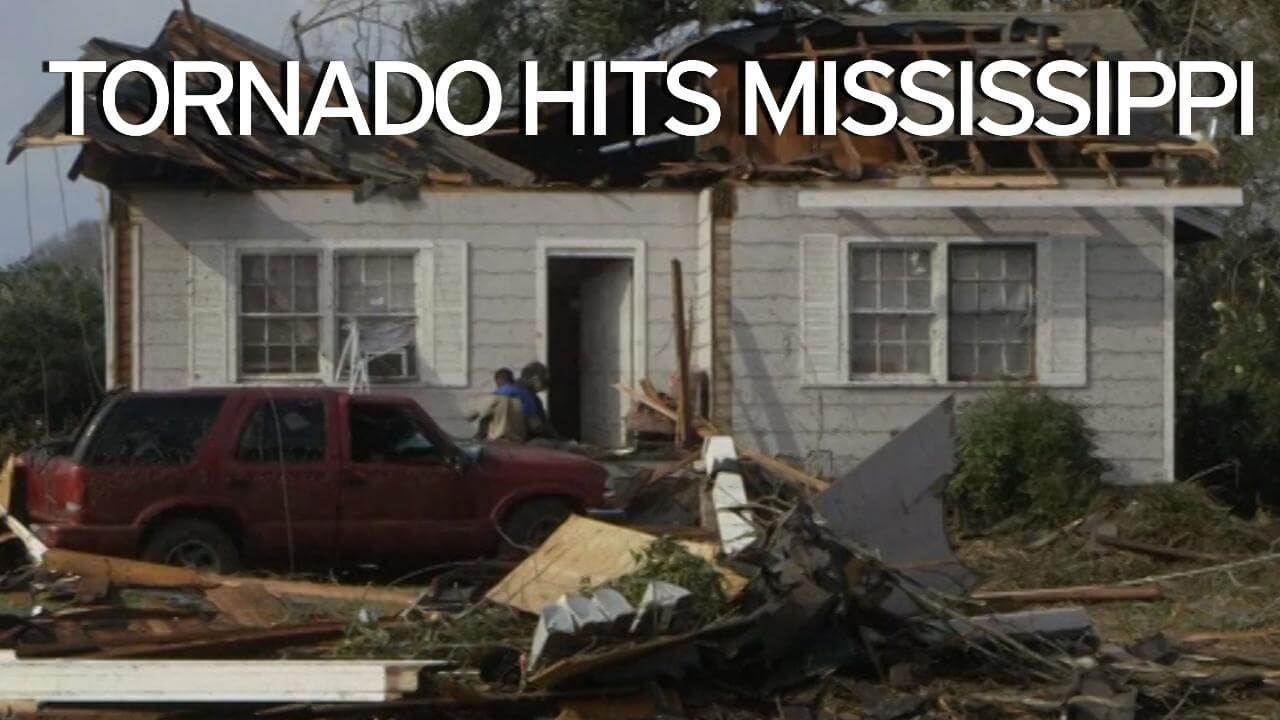 At least 18 people in US South were killed and much more injured due to severe weather in the US storms said the emergency officials.

Nathan Deal, the Georgian Governor, has declared a state of emergency in seven counties in the state, where 14 people have died with four people killed by the tornadoes in Mississippi on Saturday.

The National Weather Service of US has warned of the possible high wind gusts for the parts of west and central Florida, but the severe weather threat has finally ended. 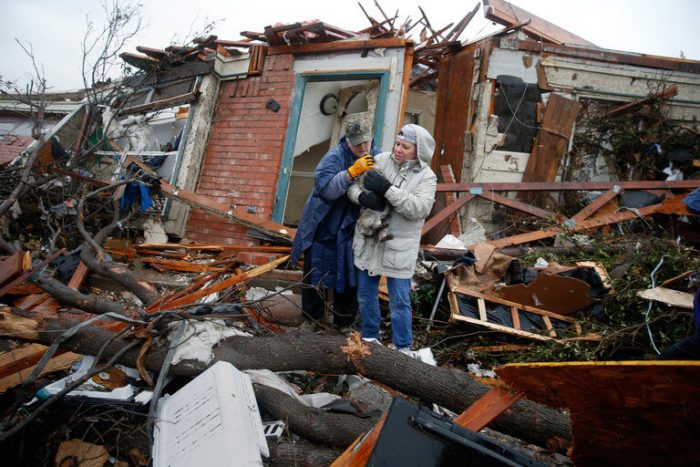 The Georgia Emergency Management Agency said in a news release that of about 14 victims were in the southern Cook, Brooks, Berrien and Dougherty counties.

Most of the deaths had occurred in the Cook County when a mobile home park got apparently struck by the tornado.

Tim Purvis, the Cook County coroner, said that numerous mobile homes have been “leveled” before the dawn in the park near the Adel City on Sunday. He has also said that emergency teams were still searching for the survivors in the spot.

Mr.Purvis has also estimated that about 40 mobile homes in total in the park were destroyed. 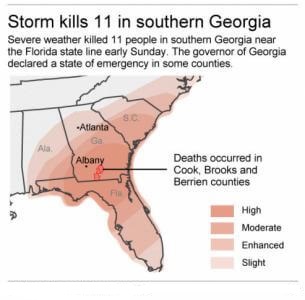 Governor Deal said in a statement that these storms had devastated the communities and households in the South Central Georgian areas, and the state was making all its resources available to the impacted areas.

Donald Trump, the US President, said that he had spoken to the Gov Deal and had expressed his condolences for the loss of the life.

In the Brooks County, the coroner Michael Miller said that two people had died when an apparent tornado tossed the mobile home around 100 yards into the middle of Highway 122.

The storms have hit the south-eastern United States Swathes over the weekend. 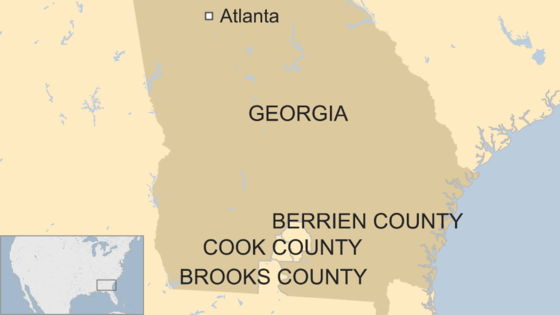 About four people died in the path of a tornado with winds above 218 km/h (136 mph) in southern Mississippi.

The state officials have said that more than 50 others individuals were injured and the storm damaged about 480 homes.

Lately, on Saturday, the Georgia Emergency Management Agency has issued the advice on the best and worst places to shelter from a tornado thus advising the locals in the path of a tornado to cover themselves with the blankets or a mattress for their safety and protection.

Related Topics:GeorgiaMississippiUS Storms
Up Next